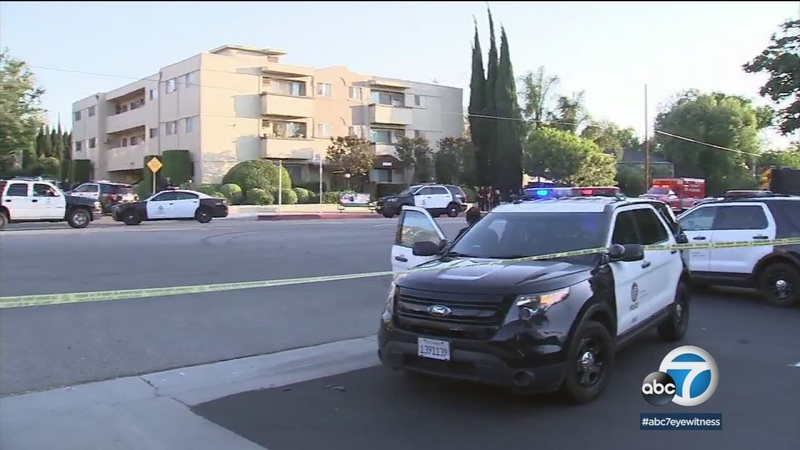 The man is said to be in his mid-20s. The shooting occurred in the area of Riverside Drive and Tyrone Avenue around 5 p.m., officials said.

Authorities received a phone call from the man's mother, who said her son was acting erratically. When officers arrived, the man opened fire at the officers, who returned fire.

While officers could not communicate with the man after the shooting, they believed he was still alive based on text messages.

SWAT officers were on scene as well. At least 30 residents surrounding the home were evacuated as a precaution.