SANTA CLARA COUNTY, Calif. -- Before the novel coronavirus was classified as a pandemic and before Californians were sheltering in place, what was viewed as a killer abroad paid a very personal visit to 68-year-old Santa Clara resident Azar Ahrabi.

On March 9 Ahrabi became the person who at the time was believed to be the first to die of COVID-19 in the Bay Area.

The area-wide shelter-in-place order that has become a fact of life these days wouldn't be enacted for more than a week after Ahrabi's death.

As the country reacted to the postponement of sports seasons and the closure of restaurants and bars over the virus that was mainly crippling China and Italy at the time, 31-year-old Santa Clara resident Amir, had his mother stolen from him.

"I felt very much cheated at that moment by life. And I thought to myself, how could it have tumbled down so quickly," Amir told KGO in his only TV interview.

Amir asked that he only be identified by his first name to ensure privacy as he continues to grieve.

At the time of Ahrabi's death she was the first reported coronavirus death in Santa Clara County and just the second person in the country to contract coronavirus without having traveled abroad.

The Grand Princess Cruise ship docked at the Port of Oakland earlier that day with 3,500 passengers and crew on board. Testing was scarce. It was still very early on in the crisis. 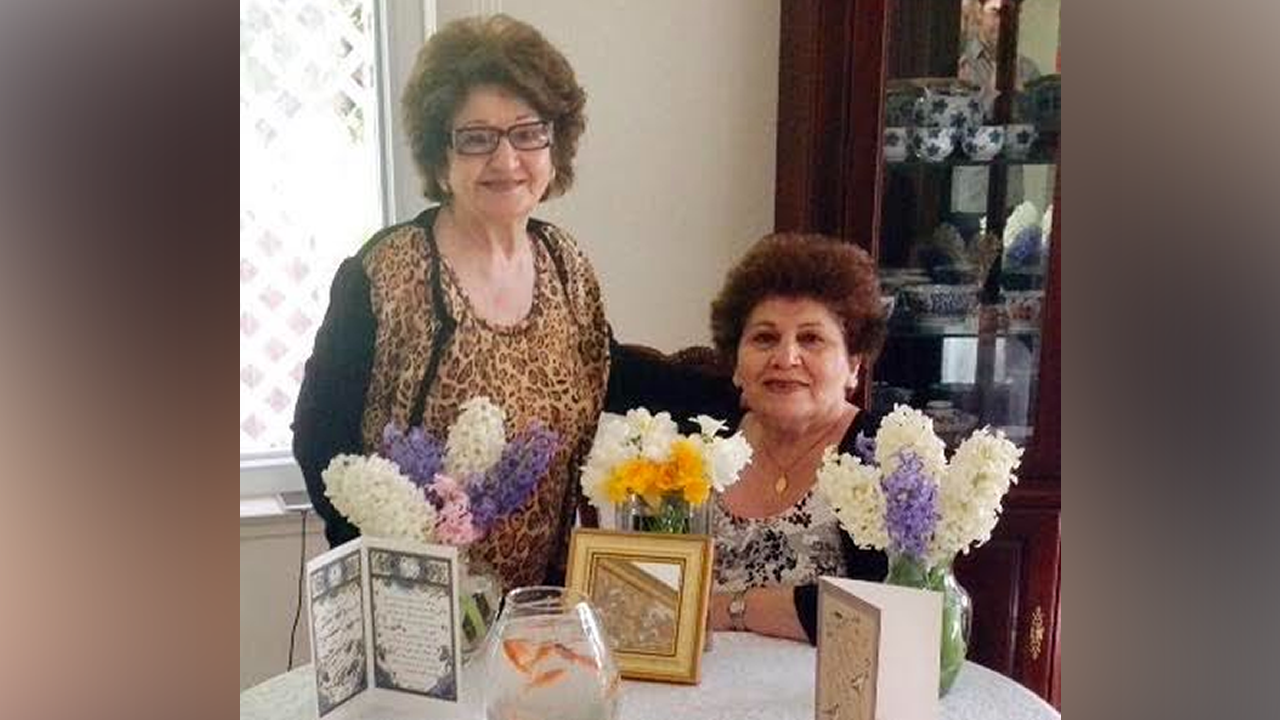 "There was no talks of coronavirus publicly at that time there was no understanding of the pandemic's behavior on our shores," said Amir.

"I thought it's my mother's turn to get the flu and recover from a cold. And that kind of escalated," he said.

Within two days doctors at El Camino Hospital Mountain View checked Ahrabi into the hospital for what was suspected to be pneumonia.

Amir started to realize how serious his mother's ailment was but still hadn't suspected that his mother, who did not work and kept close to home, could be infected with the coronavirus.

Ahrabi emigrated from Iran in the 1980s.

"It was a very surreal phone call."

On the night of Thursday, February 27 the hospital called with the stunning news: his mother tested positive for COVID-19. Amir would no longer be able to visit his ailing mother in the hospital.

He would also now become the primary caregiver of his grandmother, in her 80s, whom his mother took care of before getting sick.

Public health officials in Santa Clara County informed Amir that he would have to quarantine at home for 14 days. He would do so with his grandmother.

They were both eventually tested for the virus given their direct exposure to the hospitalized mother, daughter. Amir tested negative. His grandmother tested positive and developed mild symptoms.

"There were ups and downs, there were dips. There were times of slow, gradual improvement," Amir said of his mothers health as she fought the virus in the ICU.

Within days of checking in she was placed on an oxygen machine.

Amir would still speak with his mother over the phone for several minutes at a time. She would even text the family on WhatsApp to let them know they were on her mind.

As her hospital stay lengthened there were challenges with her blood pressure, heart rate, blood sugar, and eventually kidneys. When her oxygen level struggled to improve she was intubated.

Within days Ahrabi was critically ill.

"All the signs said they couldn't do anything more. And it was a waiting game, and unfortunately that waiting game ended tragically" Amir said. "I don't suspect I'll ever come across anybody in my entire life who would be so unconditionally caring."

"I felt very much cheated in that moment by life. And I thought to myself, how could it have tumbled down so quickly" he said.

As Amir began to grieve he was approached by the founders of the website MourningAmerica.org.

The website was created by Dr. Dermot Jevens and Dr. Rebecca Heiss in the wake of the coronavirus pandemic to put a face and a story to the thousands of American lives lost to the virus.

Jevens is board-certified veterinary surgeon and entrepreneur. Heiss is an author and keynote speaker launching a new app promoting self-awareness.

At that pointed they knew they had to do something.

Within hours of Heiss coming up with the idea the website MourningAmerica.org was launched.

"It's easy to lose the humanity, when we're looking at these numbers, and remembering that these were loved ones they were mothers and parents and children" said Heiss.

The website now has more than two thousand victims identified and dozens of obituaries created with pictures, biographical information, and the personal stories of Americans killed by the virus.

Azar Ahrabi's story was the very first to be published. Jevens and Heiss reached out to Amir after learning of his mother's death. Amir wanted his mother to be more than a number - more than "the first coronavirus death in Santa Clara County."

"I put this story out, I thought, 'if it connects with a few people, then that's great.'" Amir said. "It really surprised me that people actually do care."

The founders of Mourning America hope the growing virtual memorial will became a way for us to reflect on each individual life lost to the virus in our country.

"The biggest mistake we can ever make through any of this is forget - to forget about the people that we lost," Jevens said.

Amir is now back to work in the tech industry. His grandmother recovered from the coronavirus without need for hospitalization. She recently re-tested 'negative' for the virus.

Amir is currently taking care of her at his home, stepping in for his mother.He described the process of taking care of his coronavirus positive grandmother in home with him as he tried to maintain his own safety and not catch the virus as "running the home like a laboratory."

"'Don't touch that' and if something is touched, disinfect it. 'Oh, keep your mask on'. That was difficult you know in the home environment" he said. "You feel like you have a home invasion. It's a virus but it feels like there's a presence that you know you have to protect yourself against."

Amir currently has a GoFundMe campaign to help pay for his mother's end of life expenses and to assist in helping him afford steady in-home care for his aging grandmother.

As lock down has been extended in the Bay Area for several more weeks Amir is trying to imagine what "normal" will look like for any us. More than anything he can't imagine what life will be like for him with such a big part of his world missing.