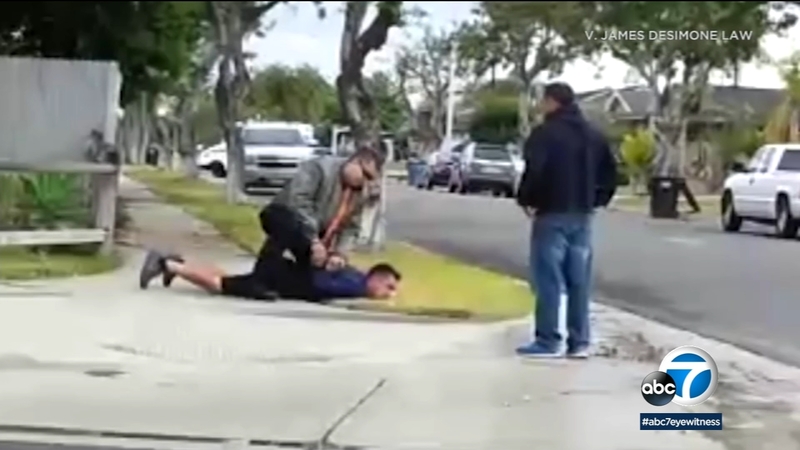 LOS ANGELES (KABC) -- A judge gave the green light Friday to a man who wants to sue former Los Angeles Police Chief Charlie Beck, as well as the city of Los Angeles.

After an LAPD officer was found guilty of using excessive force on Daniel Garza, he was promoted by Beck to sergeant within weeks.

Video of the incident taken by a neighbor shows Garza crying for help as Officer Mario Cardona is on top of him.

Cardona claimed he thought Garza was kidnapping his stepdaughter. The two had been dating and had recently broken up.

"He just began to punch me and then I start yelling for help immediately because I knew I couldn't fight back because he's a police officer," said Garza. "He took me to the ground, I fell down, he straddled me and kept punching me and punching me."

Garza's attorney, James DeSimone, said the officer had a personal grudge against his client.

Even though a jury found that Cardona acted inappropriately, Beck promoted him.

"Promoting the officer within three weeks ratifies that conduct. It show that we, as a city of Los Angeles, we're not going to look at that egregious conduct in our promotional decisions," said DeSimone.