The singer-songwriter joined Banda MS and Snoop Dogg for a remix of their song, "Qué Maldición."
OTRC
By George Pennacchio 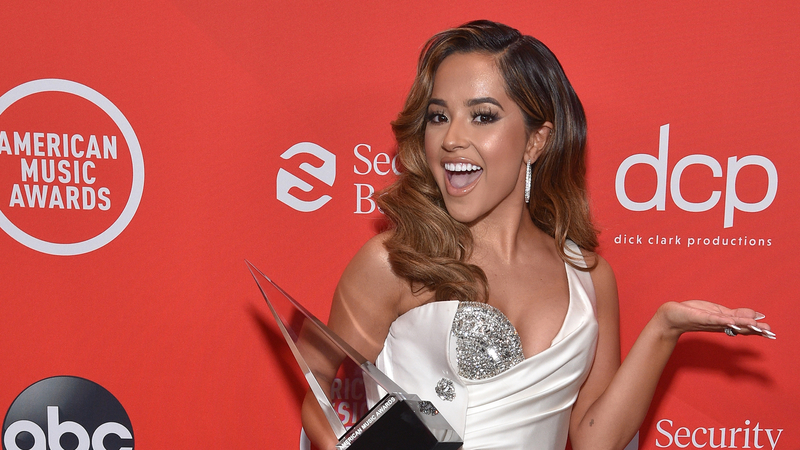 Before she became a headline act herself, Inglewood's Becky G opened for the likes of Katy Perry, Enrique Iglesias, Demi Lovato and Fifth Harmony. Now, she's celebrating her recent collaboration with Banda MS and Snoop Dogg.

She joined them for a remix of their song, "Qué Maldición," which translates from Spanish to "What a Curse." Becky G says this collaboration has been such a blessing, especially during a year of social unrest in our country.

"This year alone has revealed a lot of what's been happening under the hood, you know? And I think that it makes me, as a collaborator on this remix, so proud to be a part of the project," Becky G said.

The artist also touched on representation, saying "to feel identified, to feel seen, to feel recognized," is extremely important, as well as "our truths [being] represented."

The members of Banda MS said they want to see all cultures united in peace and in love.

This has also been a good year, professionally, for Becky G. She won an American Music Award and she's starring in a new Jack in the Box commercial.

She says she sees herself as 100% American and 100% Mexican -- always representing both cultures.

"Growing up in Inglewood, it was a brown and Black community and still is," said Becky G.

"I was a translator in my kindergarten class...and ended up being a translator on this music video shoot for the 'Qué Maldición' remix because I have Banda MS on my left and I have Snoop Dogg on my right," Becky G continued.

"Here I am, this little bridge, helping the two worlds really come together and elevate the song so that the kids who grew up like me, listening to Banda MS and Snoop Dogg, are really identified and really seen."