"You can't just step in front of us and tell us to go back to our country, that's dehumanizing." A Bay Area man is speaking out after his family was confronted by a woman who repeatedly told them they "can't be in this country" while on a hike.
KGO
By Dion Lim 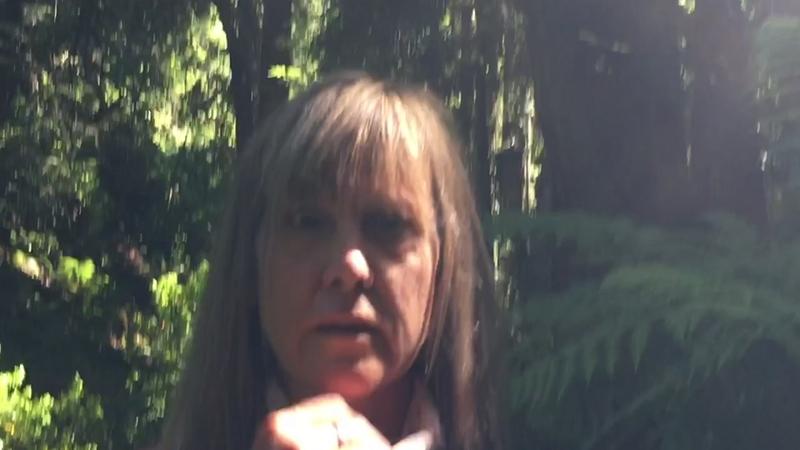 EXCLUSIVE: Asian family speaks out after being told 'you can't be in this country'

SAN FRANCISCO -- An Asian American family from the Northern California's East Bay area is processing the events that happened while on a hike near Mt. Tam on the Fourth of July, when a woman confronted them and told them repeatedly they "can't be in this country."

Hiroshi, who doesn't want to reveal his last name, his wife, 6-year-old son, 11-year-old daughter and her Maltipoo, Fluffy, were nearing the end of a 4-mile hike when they were approached by a woman who was calm, but upset Fluffy was on the trail.

"You guys are just breaking the law," said the woman through her face covering.

As the video, which has now gone viral on YouTube, shows Hiroshi asking at one point, "Excuse me? Can't be in this country?" The woman responds and says, "You can't break the law."

Unaware dogs weren't allowed, his wife can be heard telling the woman they're heading back to their car. The woman continues to speak, reiterating how the family "can't be in this country." When Hiroshi asks her name, she says "Beth." Realizing she's being recorded, she walks away.

"You can't just step in front of us and tell us to go back to our country that's dehumanizing!" exclaimed Hiroshi.

The woman was identified as Beth Taska by KGO viewers, who emailed Lim to say they had previously worked with her. Taska is a former Vice President of Human Resources for Bay Area-based 24 Hour Fitness. They issued the following statement:
"Ms. Taska is not a current employee of 24 Hour Fitness and hasn't been for years. We are committed to creating and maintaining a company culture at 24 Hour Fitness that embraces and values diversity and inclusion. This conduct is simply unacceptable and in no way aligned with our values or the behavior that we expect from our team members."

Up until Tuesday, Taska was employed as the Chief People Officer at Topa Equities.

A San Francisco man found himself blocked from entering his own apartment complex parking garage by a couple who is caught on camera and later seen what appears to be assaulting a bystander who jumped in to help.

Topa Equities sent Lim the following statement
"Following an internal review of the recent incident in Marin County, we have accepted the resignation of the employee involved, effective immediately. The conduct exhibited in the video was extremely disturbing. Topa Equities does not condone racism or discrimination of any kind in any form."

Late Tuesday afternoon, Taska herself sent Lim a text saying she "deeply respects the right of all people and regrets her conversation did not illustrate this and wants to work toward unity." However, she also believes the video doesn't depict what happened and that her words were muffled by the mask and that what they repeat is not what she said.

Hiroshi, who is half Japanese, is still trying to process the recent turn of events but is no stranger to xenophobia and hate.

"I've been called since I was a kid, a number of things. A chink, a gook, told to go back to Vietnam. My family is from Japan," said Hiroshi.

He says despite educating his 11-year-old daughter about the discrimination she may face later in life, he was still caught off-guard by her reaction.

"She just didn't expect it to happen so soon in her life she's 11!" said Hiroshi.

Hiroshi is sharing his story to set an example, not only to his kids but for the public.

"Use your voice and let the world know that this kind of incident occurs and they should be aware of it," explained Hiroshi.

Lena Hernandez, the woman seen in two viral videos delivering anti-Asian rants at a Torrance park, has been arrested for battery in connection to a 2019 incident, officials say.