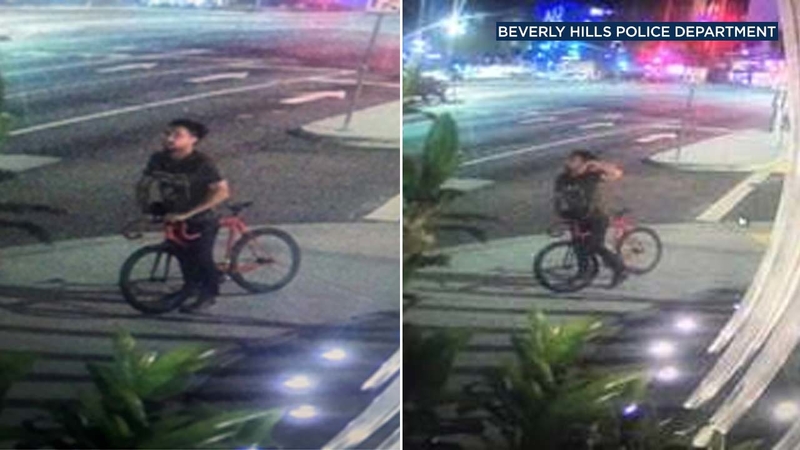 BEVERLY HILLS, Calif. (KABC) -- A search is underway for a sexual predator who grabbed a woman walking in Beverly Hills and tried to rape her.

The suspect was captured on surveillance video riding a bicycle as he followed the victim walking alone along Wilshire Boulevard at Merv Griffin Way. Authorities said she was coming from the city of West Hollywood and walking by the Beverly Hilton hotel entrance at the time of the attack.

The suspect grabbed the victim from behind and pulled her to a secluded location, where he attempted to sexually assault her, investigators said. The suspect fled the area on his bike eastbound on Wilshire Boulevard and westbound on Santa Monica Boulevard, police said.

The suspect was described as a Hispanic man in his 30s, approximately 5 feet 6 inches tall, with black hair worn in a ponytail and facial hair. He was last seen wearing a dark green shirt. His bicycle was described as a red, single-speed bike.