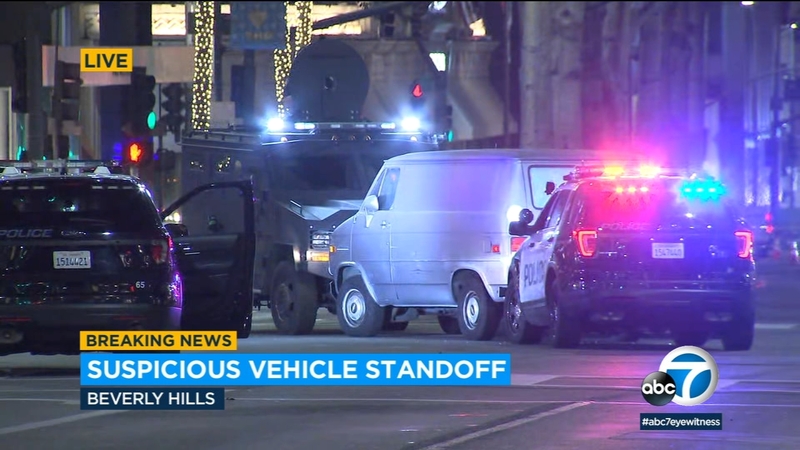 BEVERLY HILLS, Calif. (KABC) -- Beverly Hills police on Saturday night were involved in a standoff with a person inside a vehicle that was parked in the middle of a major intersection.

The incident began around 6:30 p.m. after officers responded to a call of a suspicious vehicle at Rodeo Drive and Wilshire Boulevard, according to the Beverly Hills Police Department.

One person was located inside the car but refused to get out or comply with officers. Video from the scene showed the light-colored van pinned in by several police vehicles.

SWAT officers were called to the intersection and arrived by 10 p.m. Traffic in the area was blocked off.