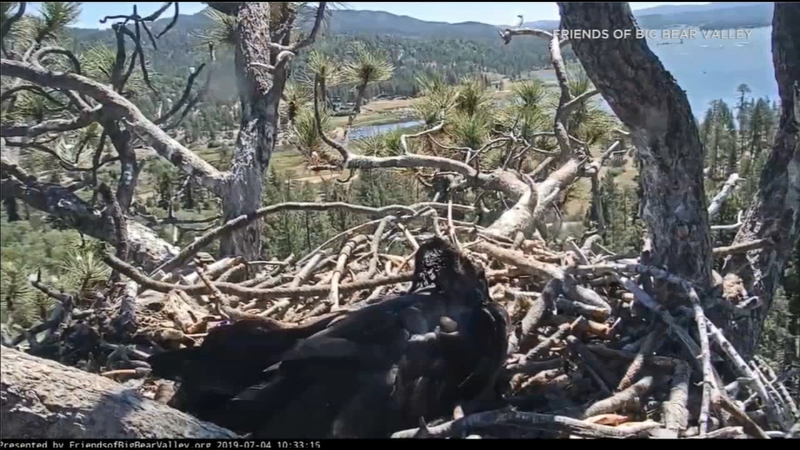 How did Big Bear's famed eagles handle the strongest earthquake to hit Southern California in 20 years? Thankfully, they appeared to fare just fine.

Friends of Big Bear Valley's eagle nest camera captured the moment the quake struck. In that footage, surviving eaglet Simba appeared to wake up as the nest starts shaking -- not from wind, but from the earthquake.

Simba appeared to escape unscathed in his nest, which is about 110 miles from the earthquake's epicenter.

The 6.4 magnitude quake struck at 10:33 a.m. in the Mojave Desert, about 150 miles northeast of Los Angeles, near the town of Ridgecrest, California.

Gov. Gavin Newsom declared a state of emergency for Kern County. The declaration means that the state will help the county and municipalities in it with emergency aid and recovery efforts.

A series of aftershocks included a 4.5 magnitude temblor, according to the United States Geological Survey.