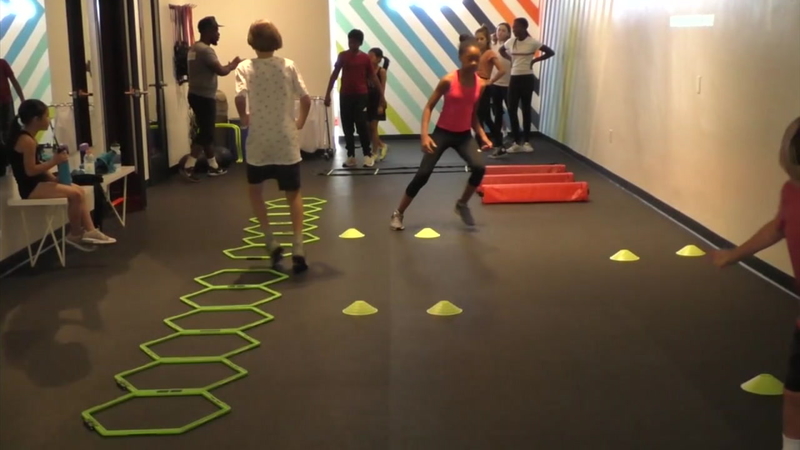 "It's work. But I like it," the Playa Del Rey resident said.

"It was developed by scientists based in San Francisco, based on the science of osteogenic loading. What we're doing is strengthening the foundation of the body, the skeletal system," Glicken said.

Glicken said the technique has shown promise in fighting bone loss. For athletes, it may significantly increase strength and endurance, along with reducing joint and back pain.

The theory is that is takes four times your bodyweight to grow and increase bone density. The most efficient way to do that is high impact loading. But for many that can cause injury.

At OsteoStrong, four machines have you in your strongest position to exert as much force as possible without risking injury. They use an ultrasound scanner as your baseline to check progress. The beauty of this exercise for those who really hate to work out is it's literally one and done.

Four exercises at full force for about 10 seconds each.

Sports medicine physician Steven Sampson of Orthohealing Center said dancing, jumping rope, running all load weight onto bones, but may cause some injury and so it's not a matter of "one size fits all."

"Something like OsteStrong is a promising way to allow people to exercise perhaps a shorter timeframe maybe with less injury but it's not the end all way of strengthening your bones," Sampson said.

He feels osteopenia and osteoporosis are at epidemic levels after age 50 and believes everyone should be exercising in some way.

"It is so beneficial, for our immune system, our well-being, our stress levels. So if something of a bio hack invites people to start exercising, gets them in the door so to speak, I'm fine with that," Sampson said.