Investigators said he's been spotted wearing the same shoes in every incident.
KABC 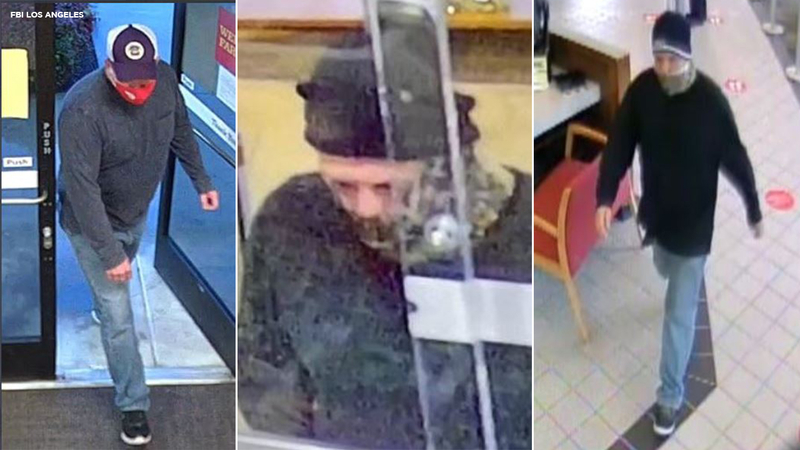 LOS ANGELES (KABC) -- The FBI is searching for man they say is responsible for at least eight bank robberies in Orange County, and his nickname may help track him down.

According to a tweet posted by the FBI in Los Angeles on Friday, the suspect has been dubbed the "Black and White Sneaker Bandit" due to the shoes he was seen wearing during the robberies.

A bank robber known as the "Black & White Sneaker Bandit," due to the shoes he wears during robberies, is being sought for at least 8 bank robberies in cities of Fullerton, Huntington Beach & Costa Mesa. If you know this suspect's identity, please call 3104776565. #FugitiveFriday pic.twitter.com/r9o5OWl9PZ

Investigators said he's been spotted wearing the same shoes in every incident.

The suspect committed eight robberies in Fullerton, Huntington Beach and Costa Mesa, according to the FBI. 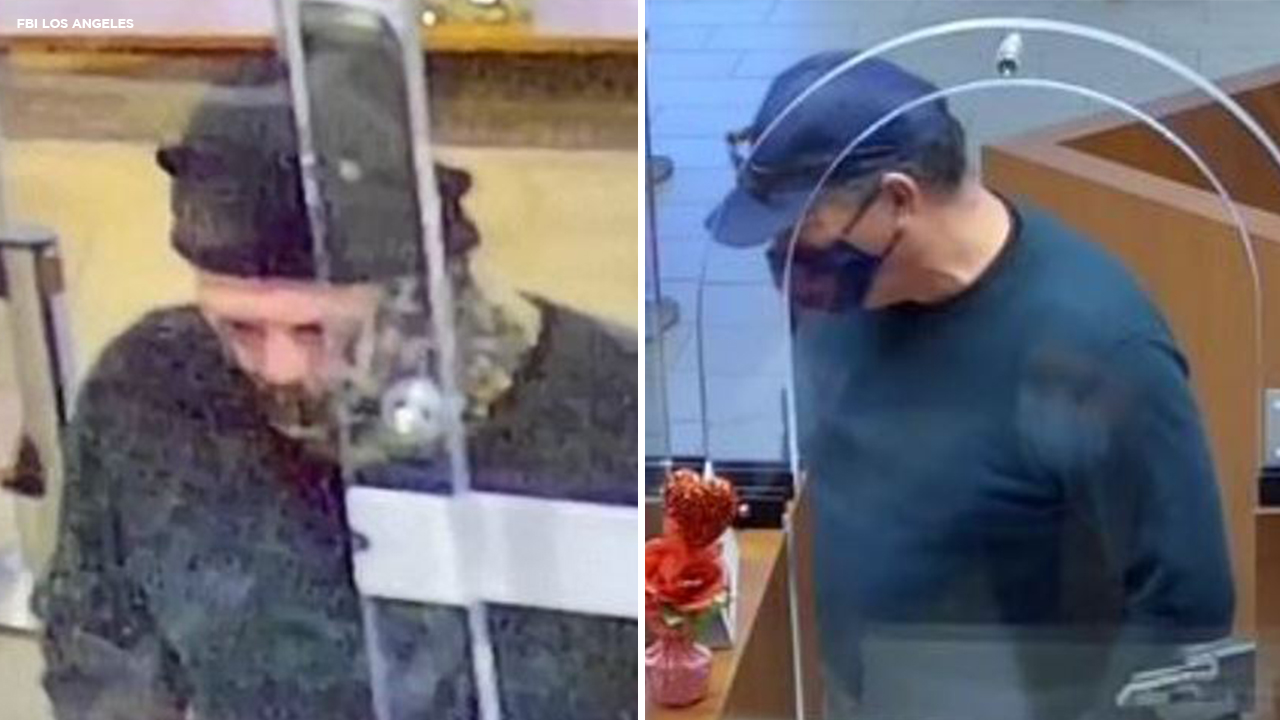 The FBI posted several images of a man they say robbed eight banks in Orange County nicknamed the "Black and White Sneaker Bandit."

Anyone with information is urged to contact the FBI Los Angeles office at 310-477-6565. You can also submit a tip online on the FBI's website.