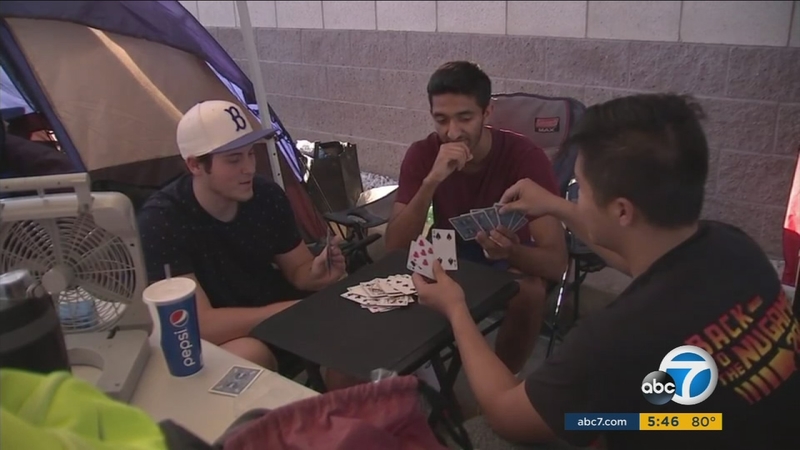 ATWATER VILLAGE, LOS ANGELES (KABC) -- Thanksgiving turkeys weren't even in the oven yet, but some Black Friday shoppers on Wednesday were already camped out in front of stores across the Southland.

A line of tents was seen outside a Best Buy in Atwater Village, where one group of deal-seekers was playing cards to pass the time. Jay Ahir said he and his two friends had been there since about 3 p.m. Tuesday.

The group - equipped with food, cellphones, batteries and sleeping bags - also lined up early for doorbuster offers in 2016 and 2015, Ahir said.

He described the methodology they will adhere to once the store opens.

You know those people that wait in line for DAYS to get #DoorbusterDeals?! This guy is one of them. #BlackFriday @ABC7 pic.twitter.com/wHwifGoZ2p

"That's how we go," he added. "We just split up and get back together."