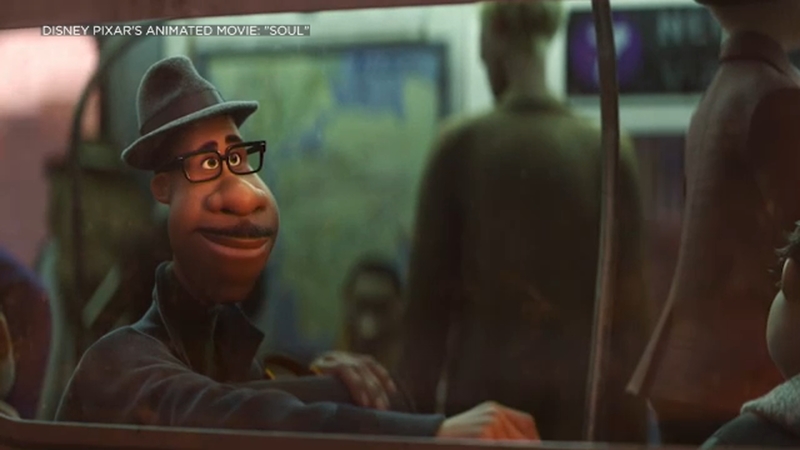 Disney-Pixar's "Soul," currently streaming on Disney+, taps into a rich vein of African-American culture to tell the story of a Queens music teacher who dreams of becoming a great jazz musician.

This week, the members of the Hollywood Foreign Press Association honored "Soul" with a Golden Globe nomination for Best Animated Feature, and the movie has won wide praise for its authenticity.

As we mark Black History Month, it's worth looking back at what many are calling an instant classic.

Jamie Foxx is the voice behind the teacher, Joe Gardner, and "Soul" is a celebration of jazz, a uniquely American art form. But it was also a chance to make history, a fact not lost on Foxx.

"To be the first African American lead in a Pixar film, I mean that's really high grass," he said. "That's a high mark...and he's teaching kids the power of music and the importance of jazz music."

Gardner gets his big break when he's hired to back a singer played by Angela Bassett.

"(The story) is told through the lens of these African American characters, so that I think, hits you first off," she said.

"I loved the fact that on working on this film with Pixar, we weren't asked to shy away from that authentic Black experience," Powers said.

He has two ways to win during this awards season, as Powers also wrote another chapter of Black history that took place when four icons -- Malcolm X, Muhammad Ali, Jim Brown, and Same Cooke -- met during "One Night in Miami."

Sandy Kenyon has more on the new Disney Pixar film "Soul," which is both a celebration of African American culture and a reflection on the meaning of life.

With both these movies now part of the Oscar conversation, and with "Judas and the Black Messiah" and "The United States vs. Billie Holiday" both coming out this month, Black history is coming to the forefront on the big screen -- and coming alive for all of us.

"Soul is in everything of our life," Foxx said. 'Soul food. 'Soul Train,' but this is the journey of finding out the origin of soul."