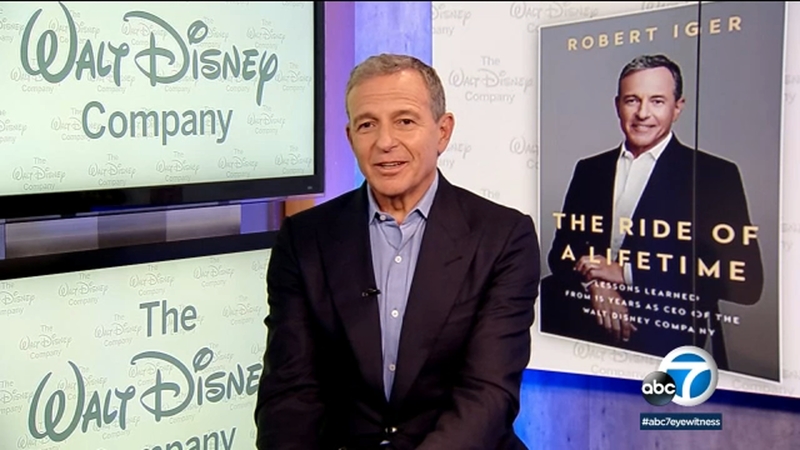 LOS ANGELES (KABC) -- Disney CEO Bob Iger's new book, "The Ride of a Lifetime," is a case study on how to be a chief executive. Tuesday, he spoke to ABC7 anchor Leslie Sykes about the book.

In the book, Iger emphasizes the importance of treating everyone with dignity and respect and "genuine decency."

"I think you have to think about your own experience. I was fortunate to have a number of great bosses and mentors, who not only gave me a great chance but treated me with decency and respect. I also experienced the opposite - times that I was not treated with respect, I was mistreated in fact, and that leaves an indelible mark on people. And trying to be empathetic in these jobs and understand what people are going through as they manage their own lives and their own careers, putting yourself in their shoes, is an extremely important thing for anybody in a leadership position," Iger said.

In "The Ride of a Lifetime," Iger examines with honesty and transparency the changing nature of corporate behavior -- from shareholders as the only stakeholders -- to an expanded view of corporate citizenship to include other stakeholders like workers and customers and the community at large.

Iger embraces that, just as he embraces the concept of making bold decisions that might not pay off in the next quarter or year (Wall Street loves short term gains), but will pay off years later. Disney's acquisitions under Bob's leadership reflect that -- Pixar, Marvel, LucasFilms (Star Wars) and 20th Century Fox.