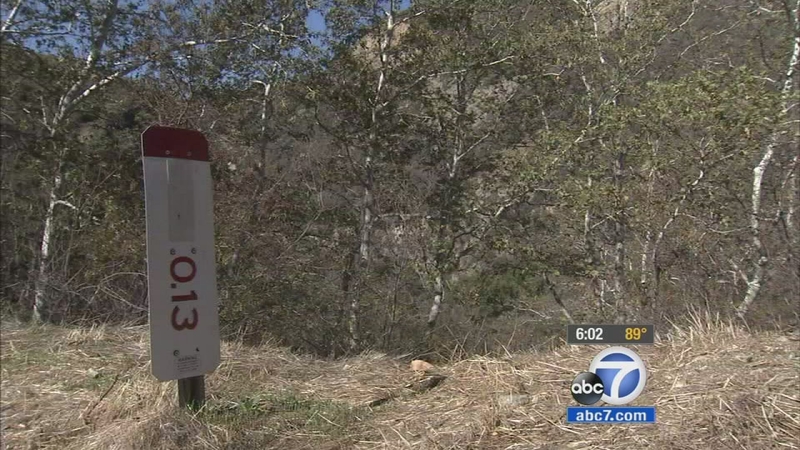 ANGELES NATIONAL FOREST, Calif. (KABC) -- Sheriff's officials confirmed on Sunday that the body found in the Angeles National Forest is that of a man.

The body was discovered on Saturday north of Glendora, just off the Prairie Fork Trail by hikers who say they may know the man.

The hikers were looking for a friend who went missing more than a week ago. They said they were led to the area by a foul odor and found the body pinned beneath some logs, covered in mud.

Sheriff's investigators have not identified the man. Coroner's crews removed the body from the scene Sunday afternoon and said the body was decomposed.

A man who was digging for gold in the area said conditions suddenly turned dangerous when torrential rains and lightning hit the area.

"I was in the water digging that day, and I saw a bad storm coming. The water started going swiftly, at which time I went back to my camp and gathered up all my stuff and literally started running out of the canyon," Nick Keith said.