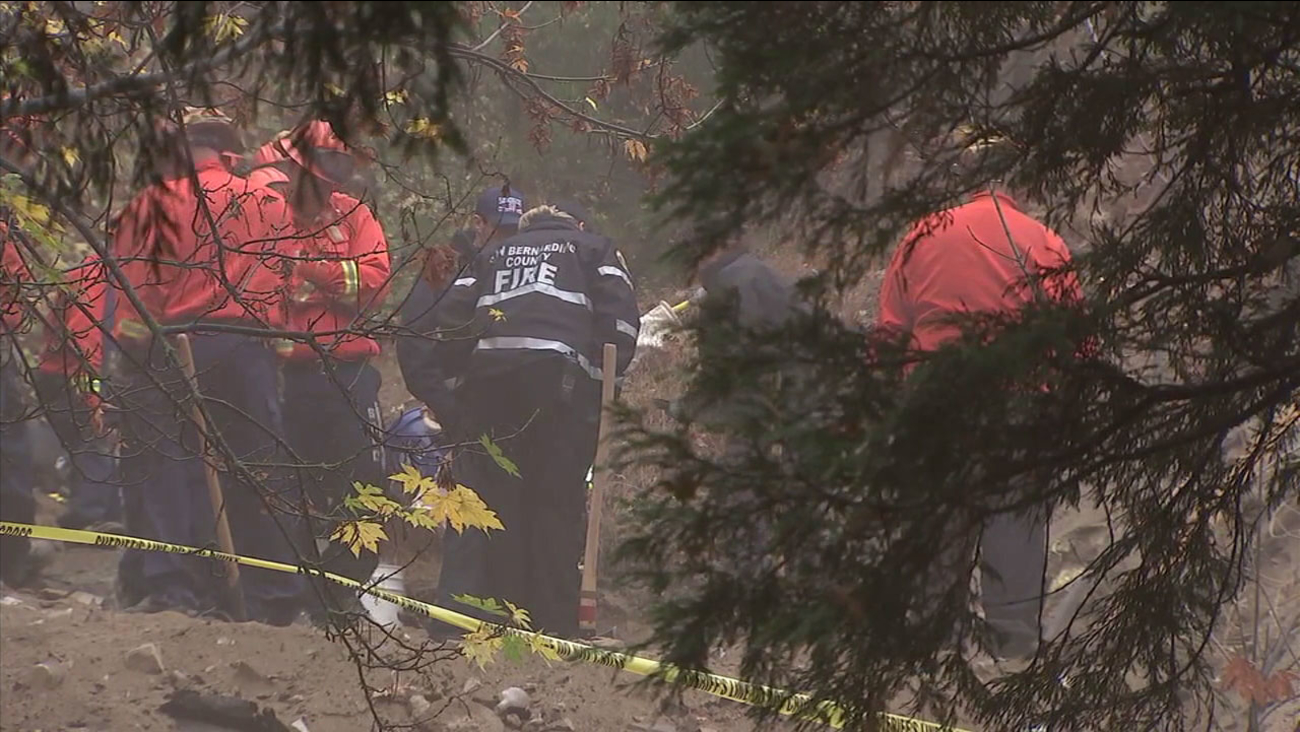 Authorities examine the scene in Crestline where the discovery of a human hand sticking up from the ground led to the body of a woman who died in a cave collapse.

CRESTLINE, Calif. (KABC) -- After a human hand was found sticking up out of the ground near an old glass bottle dump in Crestline, authorities found the body of a woman who may have died in a cave collapse.

The body was discovered Thursday night when a woman told sheriff's deputies at the Twin Peaks Station that she saw a hand sticking out of the ground near the area of Highland Drive and Scenic View Drive in Crestline.

Deputies found a small cave dug into the hillside. They looked inside and found the hand sticking out from the dirt.

Investigators believe a portion of the cave collapsed and buried the woman.

The body was not removed until the next day because of concerns about further collapse so that a specialized team could be brought in for recovery.

The body has not been identified. Investigators initially believed the person was a male, but once the body was removed, they determined she was female.

She was wearing a white plaid shirt, blue jeans and a baseball cap.

It is not immediately known if anyone else was in the cave when it collapsed.

Officials say transients are known to frequent the area.