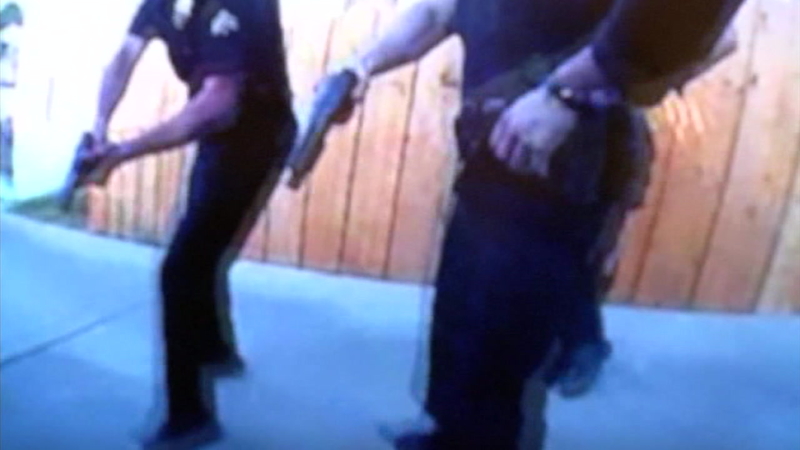 It shows Omar Gonzalez back in July 2016 being held down by Los Angeles officers after he was shot twice in the back.

Gonzalez would later die from the gunshots. The attorney representing Gonzalez's ex-wife and the couple's teenage boys released the video Thursday.

Fighting back tears, his ex-wife Zoila Gutierrez says Gonzalez was a good father.

The family lawyer claims Gonzalez wasn't pointing a gun at officers when he was shot and has filed a wrongful death lawsuit.

The LAPD says witnesses told officers Gonzalez had a gun.

Twelve days after the shooting, the same officer, Eden Medina, shot and killed 14-year-old Jesse Romero. The LAPD says Romero was shooting at them before he was fatally shot.

Gonzalez attorney Luis Carrillo says "If he's shooting, killing two young Latinos in a span of 12 days in my opinion he did use excessive force. And to a certain extent he was trigger happy."

Zoila Gutierrez adds, "It's just what I want is justice and I don't think we might get it. It's all we wanted is justice for my kids. I have two beautiful sons and raising them alone hasn't been easy."

Gonzalez's lawyer says he may have had a weapon when he was being chased but he didn't have it in his hands at the time of the shooting.