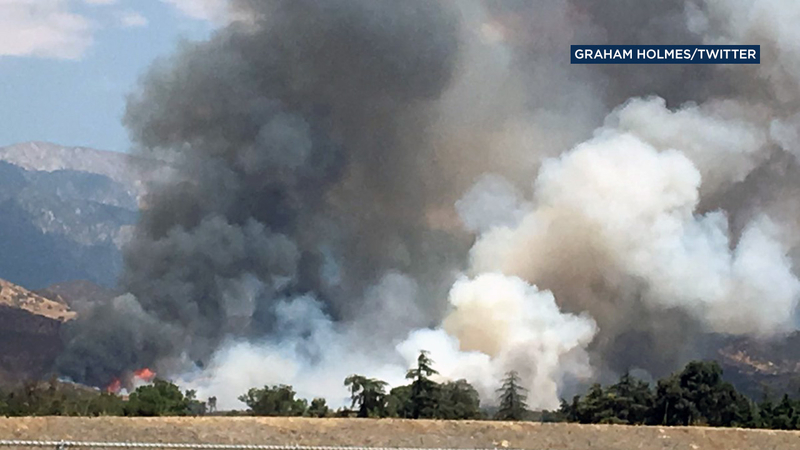 Riverside County fire officials said the blaze broke out in the area of Winesap Avenue and International Park Road at about 1 p.m.

Residents within the Banning Bench area, which includes the Chatigny Senior Center, Oak Valley Parkway and Cherry Avenue, also had evacuation orders lifted, fire officials announced around 8 p.m. CalFire officials said residents would be allowed back into their homes with a valid ID around 10 p.m.

Firefighters were laying down pink Phos-Chek lines to try to protect structures in the area.

At least five water-dropping helicopters and nine air tankers, including a DC-10, had been involved in dropping water and fire retardant, but fire officials said they were releasing some air resources.

More than 300 firefighters are battling the brush fire that has been dubbed the Bogart Fire.

Officials said they had been making good progress battling the blaze and by 8 p.m. had listed it as 10 percent contained. They said 400 homes had been evacuated earlier in the day - 200 in Banning Bench and 200 at the mobile home park and surrounding neighborhood in Cherry Valley.