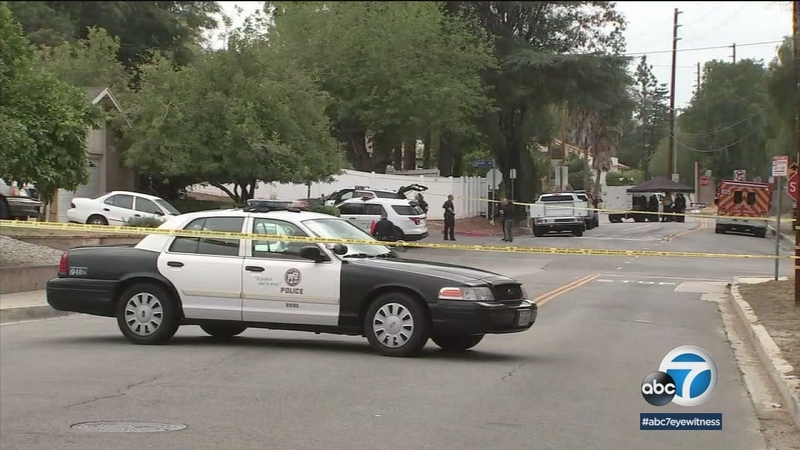 WEST HILLS, LOS ANGELES (KABC) -- A bomb squad early Thursday morning safely detonated explosives that were discovered the previous evening inside a home in West Hills, according to the Los Angeles Police Department.

Members of the LAPD's Major Crimes Division were conducting an investigation that led them to the 7600 block of Royer Avenue, where a suspicious device was found.

Nearby residents were advised to shelter in place. Some were evacuated from their homes ahead of the controlled detonations.

"We couldn't even take the dogs. They wouldn't even let us take the dogs, they just said, 'You guys got to leave the house,'" said resident Kambiz Atashin. Atashin said he and his family waited four hours to return to their home.

According to police, the bomb squad was summoned to the scene and detonated the explosives about 1:40 a.m.

There were no reports of injuries or arrests.

Neighbors, meanwhile, were shocked. "Overall how crazy was it? It's pretty crazy to see a bomb scare in your actual neighborhood," said resident Steve Dombrowski, who lives nearby with his wife and young daughter.