This 5-pound cinnamon roll is a dessert for the whole family! 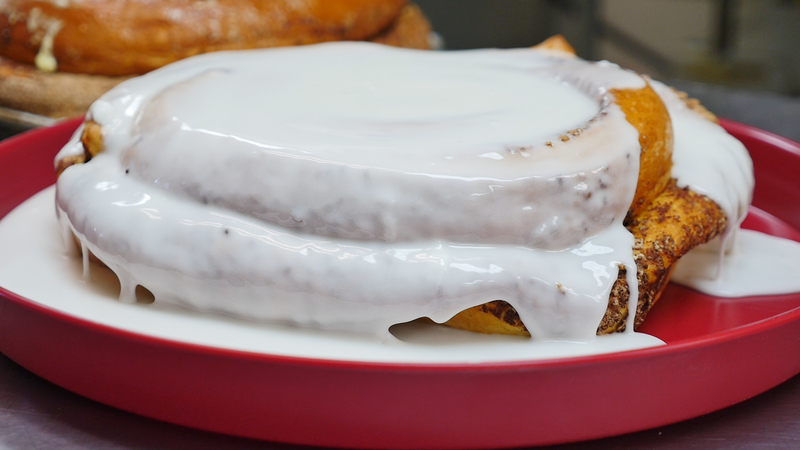 LEAGUE CITY, Texas -- They say everything is bigger in Texas, including the desserts!

Bonnie's Donuts in League City is home to the 5-pound cinnamon roll. Customers say every bite is delectable, delicious, and worth checking out.

Owner, Natalie Chun has been making these gigantic rolls for a few years now which quickly became a fan favorite, thanks to social media.

Each batch takes roughly two hours to make, which includes an estimated pound of cinnamon. Natalie came to the U.S. 8 years ago from Cambodia to pursue her dream of owning a business. She started out working for a local baker and when the opportunity came to purchase Bonnie's Donuts, she didn't hesitate.