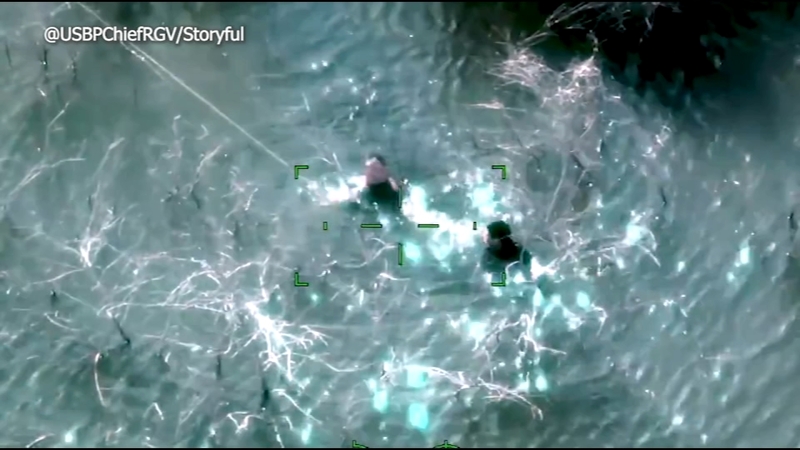 EDINBURG, Texas -- Video posted this week on Twitter shows a U.S. Border Patrol agent saving a child from drowning along the Texas-Mexico border.

It happened Saturday at a pond near Mission, Texas.

The agent jumped into that pond to rescue the boy from Guatemala who was struggling in the water.

The agent tied a rope around his waist and saved the boy who was taken to a hospital and released later that day.

Border patrol personnel were tracking footprints leading from Mexico into the United States when they located the boy and two others.