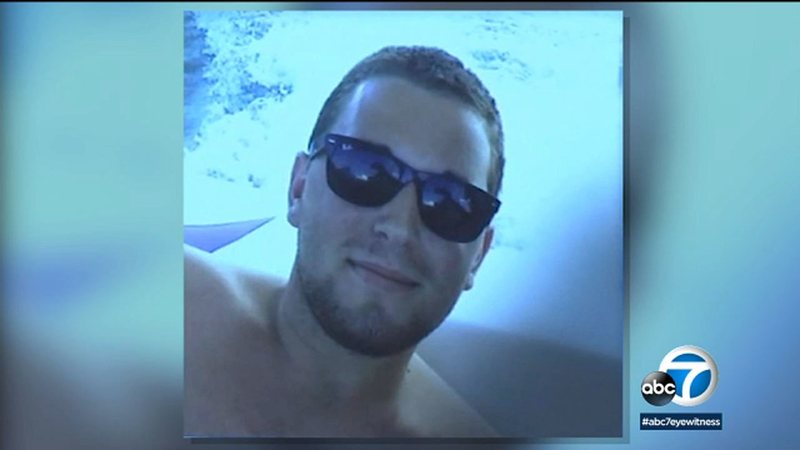 THOUSAND OAKS, Calif. (KABC) -- The Healing Garden at Conejo Creek North Park in Thousand Oaks is a place that Kathy and Ken Dunham visit often to reflect and remember their 21-year-old son Jake who was one the 12 victims killed in last year's Borderline shooting.

Jake had a passion for trucks and pushing the limit when he raced in the desert, which stemmed from health challenges that he overcame growing up. But those challenges never held him back, his parents said.

"He did everything anyone else did and he probably did it better. I mean, it never slowed him down. He rode a dirt bike like nobody else. In fact, a lot of his friends didn't want to keep up with him," said Kathy.

On Nov. 7, 2018, Jake was at the Borderline Bar and Grill in Thousand Oaks with his best friend, Blake Dingman, who also died in the shooting.

Blake Dingman was killed in the Borderline bar mass shooting on Nov. 7, 2018. His mother Lorrie has her son's handwritten words "Love You!" tattooed on her arm.

Their friends held an event to honor them, highlighting their shared passion for racing, and expressing just how much both were so loved by their friends.

"I was surprised that he reached out and touched so many lives like he did. We kept saying he had a second life that we didn't know about. Because people were coming up to us from the Borderline, older people, saying he would just sit there and listen to what I had to say and I'm thinking 'my Jake? Our Jake?' Those stories help," Ken said.

The Dunhams got tattoos of messages taken from the last cards they received from Jake, serving as a constant reminder of him.

They added that grief is intertwined with loving memories. Some good, some bad. The one thing they've learned: There's comfort in knowing how many people have reached out.

"We know we're not alone because of the huge outpouring of support we receive and the letters from all over the United States, not just our county or a couple counties over. These were letters that came from great distances so we know," Ken said.

The Dunham family didn't have Thanksgiving or Christmas last year, but they said they will this year. They will celebrate and turn to each other for strength because they say it's what Jake would've wanted.