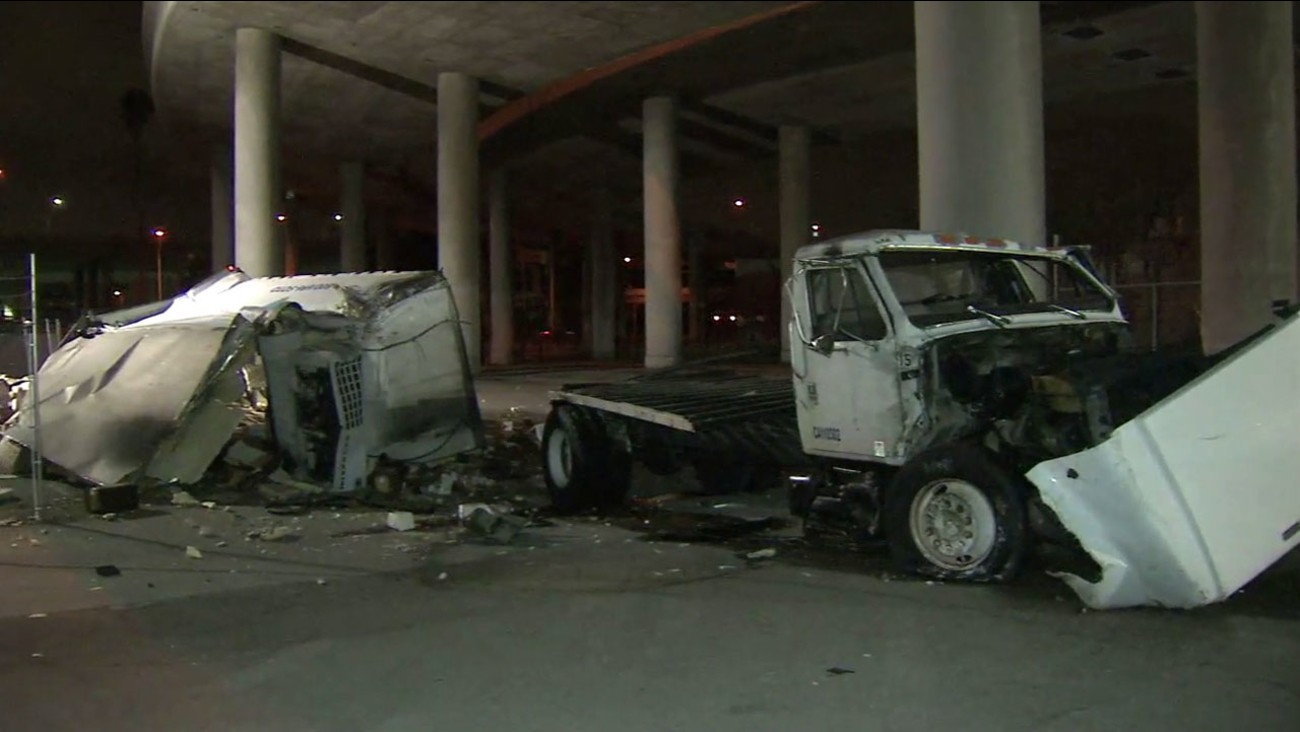 The remains of a box truck that flew off a 110 Freeway overpass in downtown Los Angeles on Tuesday, Nov. 1, 2016. (KABC)

LOS ANGELES (KABC) -- A box truck driver is in serious condition after the vehicle flew off the side of the 110 Freeway in downtown Los Angeles early Tuesday morning.

Authorities said the incident happened around 3:16 a.m. near Figueroa Street on the 110 Freeway. The vehicle went over the side of the freeway, landing near Venice Boulevard and Convention Center Drive.

The driver was hospitalized in serious condition, authorities said. It was unclear if drugs or alcohol played a role in the crash or if other vehicles were involved. It was also unclear if anyone or anything was hit when the vehicle went over the overpass.