Boy, 14, shot 3 times while walking with friends in Palmdale 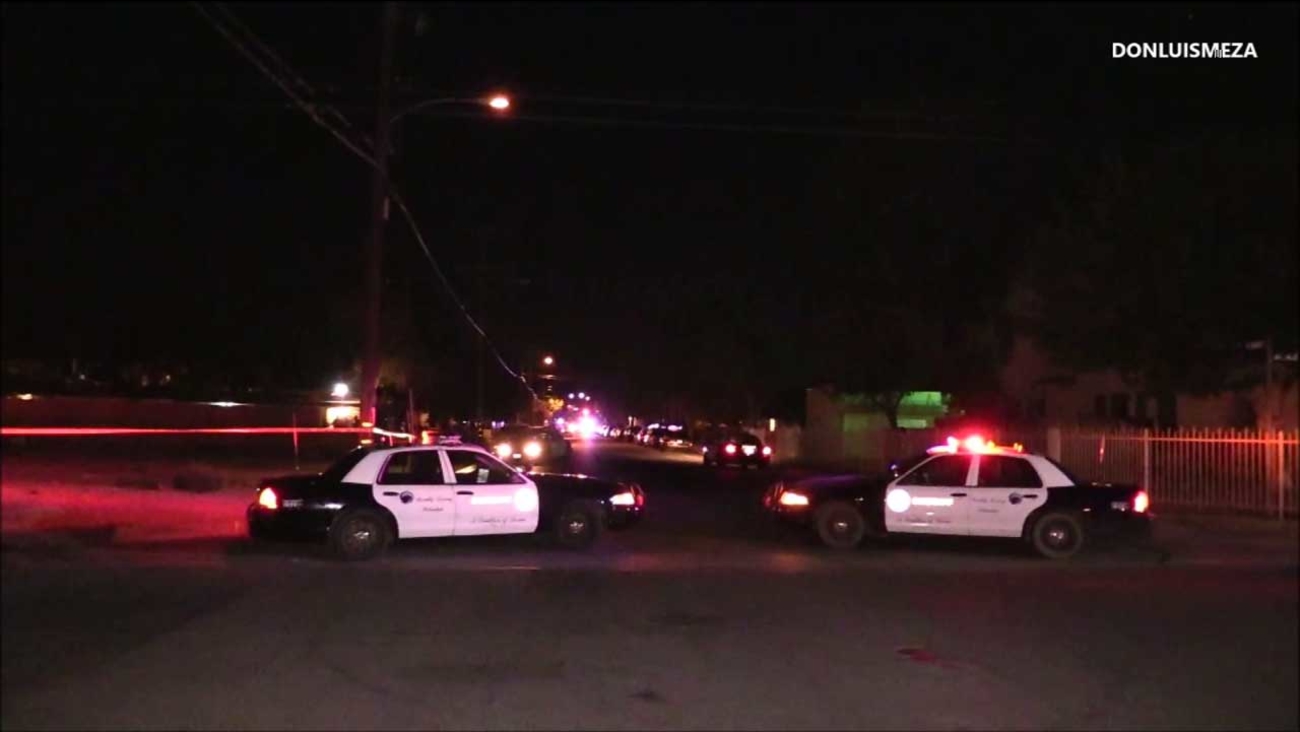 Law enforcement vehicles are parked near the scene of a shooting in Palmdale on Monday, Aug. 21, 2017.

PALMDALE, Calif. (KABC) -- A teenage boy was injured after being shot multiple times while walking with his friends in Palmdale.

Police said five kids were walking along the 38000 block of 11th Street east of Avenue Q-12 when a person came from an empty lot and approached them from behind.

The suspect shot a 14-year old boy three times in the torso, sheriff's officials said. The boy was airlifted to a hospital for treatment.

The teen is expected to survive. None of the others were injured.

The suspect, later identified as a gang member, fled on foot but was quickly arrested. Authorities said the victim is not a gang member.