Oscars experts weigh in with their predictions for Best Picture 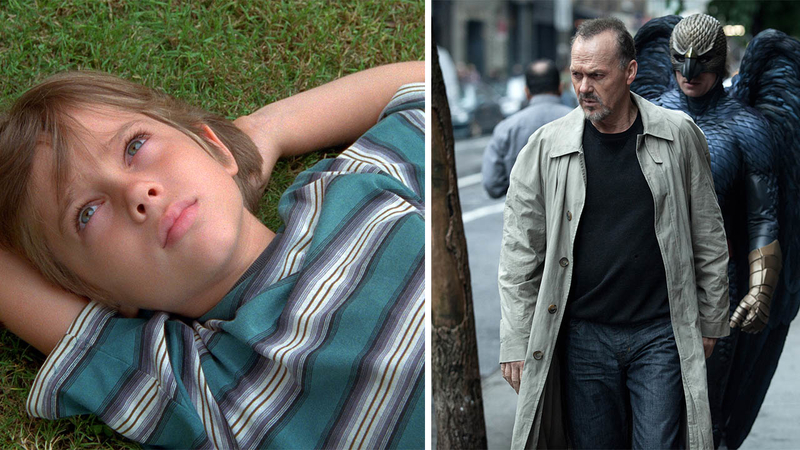 Oscars 2015: The race for Best Picture

Desperate to know who will win Best Picture at the Oscars? These experts may have the answers!

GoldDerby is a website that compiles the Oscar predictions of 29 movie experts, longstanding reporters and critics from media outlets like The Hollywood Reporter, Deadline, Entertainment Weekly, and more. Those experts then update their predictions as the Oscars get closer, often changing their selections based on who won at other awards shows, if publicity or buzz for a particular film has heated up or simmered down, or they just had a change of heart.

As of Friday, February 20, the film predicted by GoldDerby's experts to win Best Picture is "Birdman," at 5/6 odds with 17 out of 29 experts selecting it as their top choice. Runner up is "Boyhood," with the remaining 12 out of 29 experts predicting and 8/5 odds. Although none of the experts selected anything else besides "Birdman" and "Boyhood" as their favorite to win, they did pick out which films would be runner up. Based on those runner up predictions, you can see the odds for each remaining film below.

What's interesting to note is that "Boyhood" held the lead over "Birdman" earlier in January. "Boyhood" was at its most popular amongst the GoldDerby experts the week of January 23, with 78 percent predicting it to win Best Picture and only two percent predicting "Birdman." However, "Birdman" seemed to gain its wings that following week on January 29, when over 25 percent of GoldDerby expert predictions, and with "Boyhood's" dropping to 62 percent.

"Birdman" finally soared above "Boyhood" as the Best Picture frontrunner the week of February 10, with 53 percent of the expert predictions, and "Boyhood" dropping to 36 percent. Both films were tied briefly at 46 percent each for the week of February 16. But now "Birdman" has soared again with the expert majority of 54 percent of experts predicting it to win Best Picture.

Why the dramatic shift between "Birdman" and "Boyhood" over just the course of a few weeks? "Boyhood" took top dramatic prize at the Golden Globes, New York Film Critics Circle Awards, BAFTA's, etc. However, "Birdman" won top prize at the Screen Actors Guild Awards which were January 25, and the acting branch is the Oscars biggest voting category. Plus, "Birdman" packs more star power than "Boyhood," and was released more recently so its fresher in voters' minds.

But don't get too disappointed "Boyhood" fans, GoldDerby also provided another Best Picture prediction based on not just the experts, but also the GoldDerby editors, the top 24 users of the website, and all users at large. That larger prediction put "Boyhood" at the front of the pact to win Best Picture. But we'll just have to wait until Oscar Sunday to see who wins!