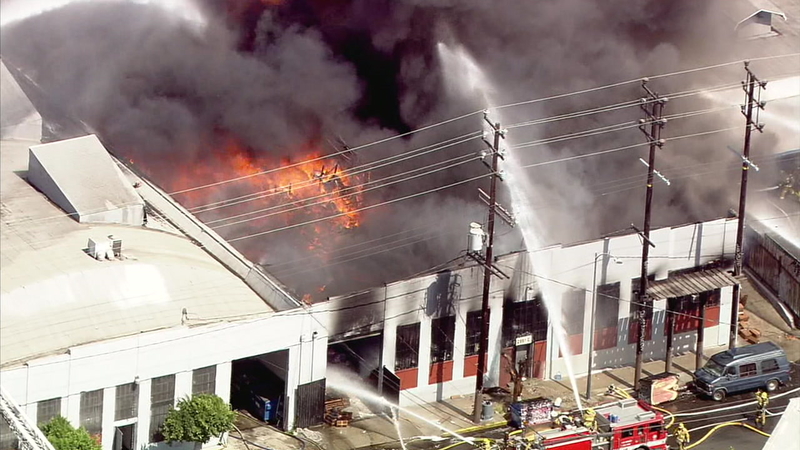 BOYLE HEIGHTS, LOS ANGELES (KABC) -- Three firefighters were injured while battling a huge blaze that erupted at a commercial building in the Boyle Heights area on Wednesday.

The fire was first reported around 12:50 p.m. in the 2800 block of E. Pico Boulevard, according to the Los Angeles Fire Department. The inferno created a huge plume of thick, black smoke that could be seen for miles.

"They grabbed him and were able to pull him out to safety," said Los Angeles Fire Department Capt. Erik Scott. Scott said the extent of the burns sustained by the firefighters were being assessed.

All of the injuries appeared not to be life threatening, authorities said. No other injuries were reported.

The fire was knocked down at 2:45 p.m. The official cause of the blaze was not immediately known.