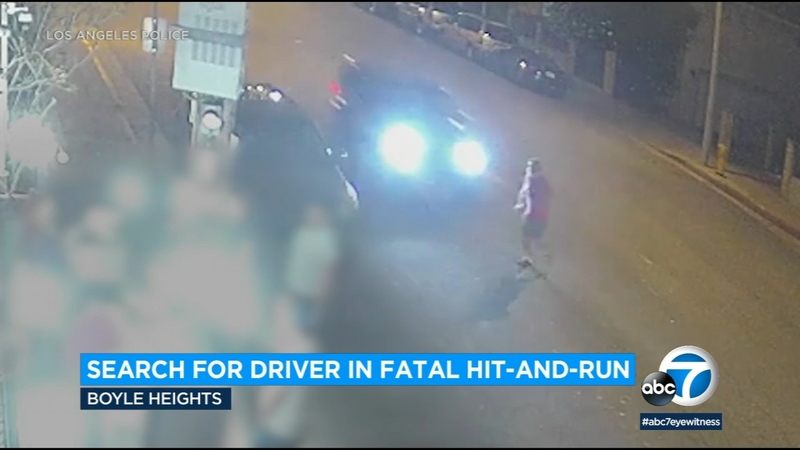 BOYLE HEIGHTS, LOS ANGELES (KABC) -- Police are asking the public for help to identify the driver in a hit-and-run crash that killed a man in Boyle Heights.

The incident, which was captured on surveillance video, happened Tuesday around 8 p.m., according to the Los Angeles Police Department. Detectives say the victim was crossing Indiana Street at Dennison Street when he was struck by an older model Jeep Cherokee, described as dark-colored with black rims.

The man, who has not been identified, was pronounced dead at the scene. The driver of the Jeep continued driving westbound on Olympic Boulevard without rendering any aid.

Police say the car should have extensive damage to its front end and a broken front headlight.