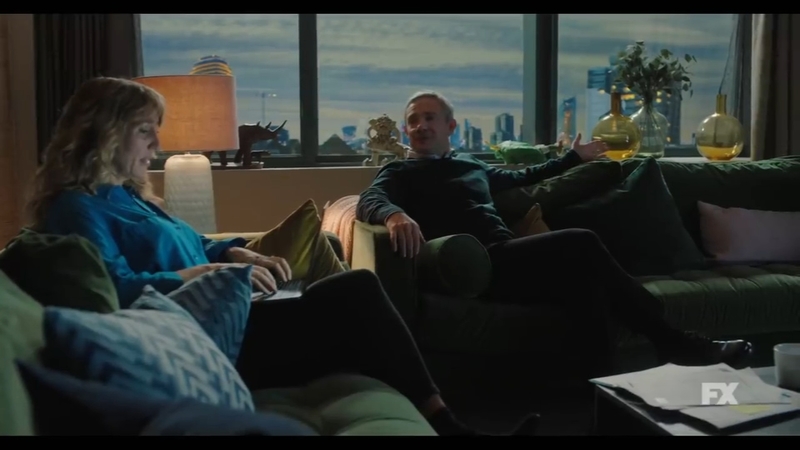 Parenting has been mined for laughs since the first TV sitcom, but the FX series "Breeders" updates the genre for the 21st century.

Today's harried parents will find enough to laugh about in the show that begins its second season on March 22.

As the title suggests, this is not the rosy picture of parenting that's so often found on social media like Instagram, which is filled with smiling faces of happy parents and their kids.

"Breeders" is made by parents for parents, and everyone who seeks to understand family life.

Paul and Ally's two kids are older this season, and this deliberate choice made by the show's creators means the parents face different challenges.

The drastic run-up of a single stock on Wall Street that rocked our financial system to its core was one of this year's first big stories, and now, the tale is the subject of a new

Martin Freeman, who plays Paul, knows about kids this age first hand. He is the father of a 12-year old-daughter and a 15-year-old son.

"I think it's pretty hard not to see your children as children forever," he said.

Season two finds Ava (Eve Prenelle) remarkably self-confident at 10, while Luke (Alex Eastwood) is facing his insecurities at the age of 13.

Paul and Ally's frustrations are obvious when he tells his wife, "It does drive me slightly mad that we can't make them do what we want any more."

"You get sort of other interesting aspects of what it means to be a parent and a child at different ages," he said, adding that the idea is to show "what that dynamic does to a family unit."

"Genius: Aretha," a new limited series on NatGeo, gives the late Aretha Franklin a lot of R-E-S-P-E-C-T, with Cynthia Erivo playing a woman she first heard at the age of 9.

The show originally grew out of his frustration with the rosy picture of parenting being painted by his friends. He said he thought, enough already with the smiling Instagram posts. And as his character said in the first season, "I would die for those kids. But, often I also want to kill them."

The advantage of making these characters older is that you can give more mature performers more to do.

"I was being shown up," Haggard said. "I was doing a scene with Eve, which was three and a half, four pages long, and she was amazing. She didn't make one mistake. I was like, 'Oh my gosh.' I was the one who was struggling."

"Breeders" is that rare show that's actually funnier in its second season. The episodes air Monday nights on the FX Network, then begin streaming the next day on Hulu.