LA to pay $5 million in shooting of disabled chase suspect 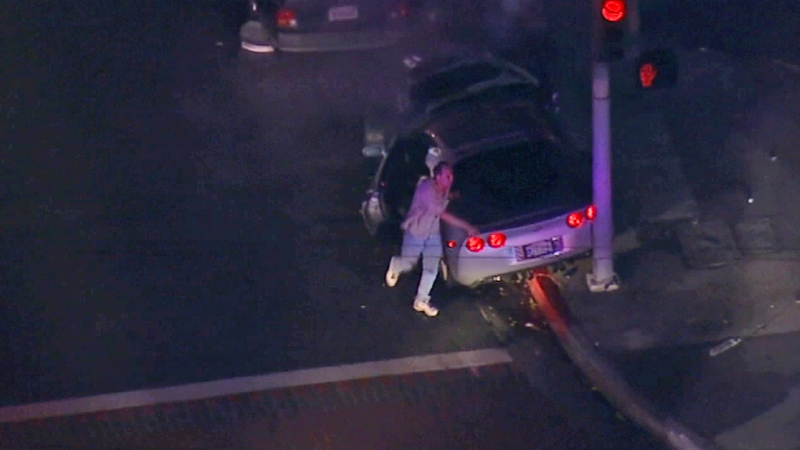 LA to pay millions in shooting of disabled man

LOS ANGELES (KABC) -- The city of Los Angeles will pay a $5 million dollar settlement to the family of a disabled man shot and killed by police after a chase in 2013.

The shooting late last year was broadcast live on TV and was witnessed by the man's father.

On the night of Dec. 13, 2013, LAPD officers tried to pull over 51-year-old Brian Beaird for reckless driving. His family says he suffered from paranoia and had a fear of the police.

The pursuit ended on Olympic Boulevard when another car ran a red light and crashed into Beaird's Corvette. Beaird jumped out of his car and was shot by the officers. His family filed a lawsuit and agreed to settle for $5 million.

"Billy Beaird told me yesterday if you offered him every penny in the entire state of California in exchange for his son, he wouldn't have taken it," said attorney Dale Galipo.

Attorneys for the Beaird family said a jury would most likely have awarded their clients a much larger settlement, but they agreed to settle the lawsuit because Beaird's father is elderly and having health problems.

The LAPD says Beaird was not armed, but whether or not the officers violated the department's use of force policy is still under investigation.

Attorneys say the family say Beaird was shot 21 times and they want the officers to face criminal charges.

"Unfortunately in L.A. County, there has not been one police officer prosecuted for a shooting case in over 20 years," said attorney Thomas Seabaugh.

The LAPD anticipates the investigation will be presented to the Board of Police Commissioners within the next 90 days. The officers involved in the shooting have been on leave since late last year, pending the outcome.