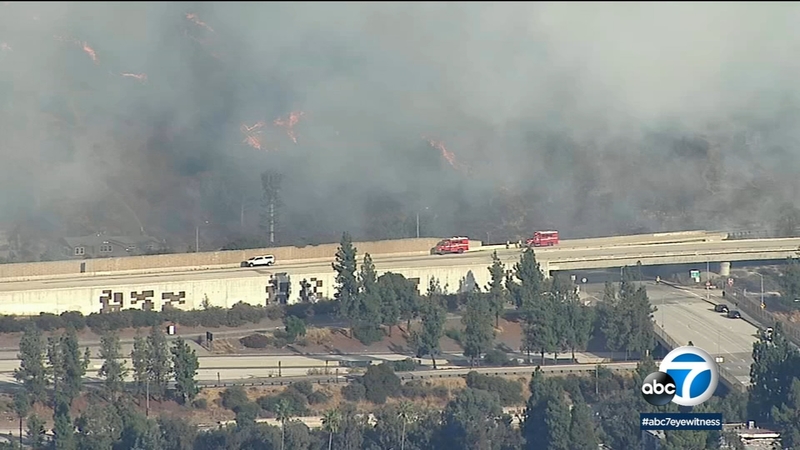 EAGLE ROCK, LOS ANGELES (KABC) -- Two men were arrested on suspicion of attempted murder and are accused of intentionally setting a brush fire in Eagle Rock that burned around 30 acres, authorities said.

The suspects, identified as 25-year-old Daniel Michael Nogueira and 25-year-old Bryan Araujocabrera, were arrested Saturday, according to the Los Angeles Police Department.

Nogueira is the son of a prominent Eagle Rock businessman. According to jail records, he's out of custody after posting $1 million bail.

There is a nearby homeless encampment in the area where the fire burned, but it was unclear who was the target of the alleged crime.

The brush fire that started last Sunday, Aug. 25, shut down the intersection of the 134 and 2 freeways in Eagle Rock. The flames didn't damage any homes but it did force the evacuation of about 100 homes in the area.

Eyewitness News also learned that a firefighter on scene suffered a minor back injury due to a fall. Nobody else was hurt.