LAFD officials said in a Monday morning press conference that there were no longer active flames burning in the La Tuna Fire, but there is still a possibility winds could change the situation.

By Sunday night, the fire in the Verdugo Mountains had grown from 5,865 acres to 7,003 acres. As of Monday, Los Angeles Fire Department officials said in a morning press conference that there were no longer active flames, but there is still a possibility winds could change the situation.

"There's really no active fire left. That can change, though, with the wind. Our goal today is to continue to increase our containment percentage. We're at 30 percent as we speak. We will have a higher number this afternoon," said LAFD Chief Ralph Terrazas.

Light-to-heavy rain poured down on several areas of Southern California, including the La Tuna Fire burn areas, on Sunday as more than 1,000 firefighters from multiple agencies were on their third day of fighting the flames.

All evacuation orders were lifted for residents in Sunland-Tujunga, Burbank and Glendale after the large fire moved away from the areas.

Both sides of the 210 Freeway were also back open after being closed for several days due to the fire.

Scattered rain continued through Monday morning and more afternoon thunderstorms were expected later in the day.

The potential for more afternoon rain could cause mudslides in burn areas, Terrazas said, adding that the department's goal is to clear all catchment basins before leaving the area.

Sgt. Derek Green of the Burbank Police Department said the fire in the Burbank hillside laid down significantly and "things are looking much better."

Terrazas added that a fourth home was destroyed in the La Tuna Fire. One of those houses, located in the 9600 block of Green Verdugo Drive in Sunland, was transformed into muddy rubble and ash from the ferocious flames and sudden rains. The other two homes were along Verdugo Crestline Drive in a remote area of the Verdugo Mountains.

Fire officials said four people suffered injuries in the blaze, but two were severe dehydration, other had minor burns and one person had an allergic reaction to a bee sting.

Two firefighters were treated for dehydration, but no other serious injuries were reported.

Earlier Sunday, Gov. Jerry Brown declared a state of emergency for Los Angeles County due to the effects of the blaze, which officials believe is the largest blaze by acreage in Los Angeles city history.

Brown's announcement said a Federal Fire Management Assistance Grant has been requested and approved due the fire's magnitude, which requires the "combined forces of a mutual aid region or regions to combat."

The announcement came after Los Angeles Mayor Eric Garcetti signed a declaration of emergency for the fire Saturday, calling on all the city's available resources to protect residents.

During a Sunday afternoon press conference, the Los Angeles County Board of Supervisors said they plan to declare a state of emergency on Tuesday.

Firefighters initially feared the flames would reach homes by midnight Friday. But the structure-protection efforts were able to hold off the flames until Saturday morning, when the first home was lost. 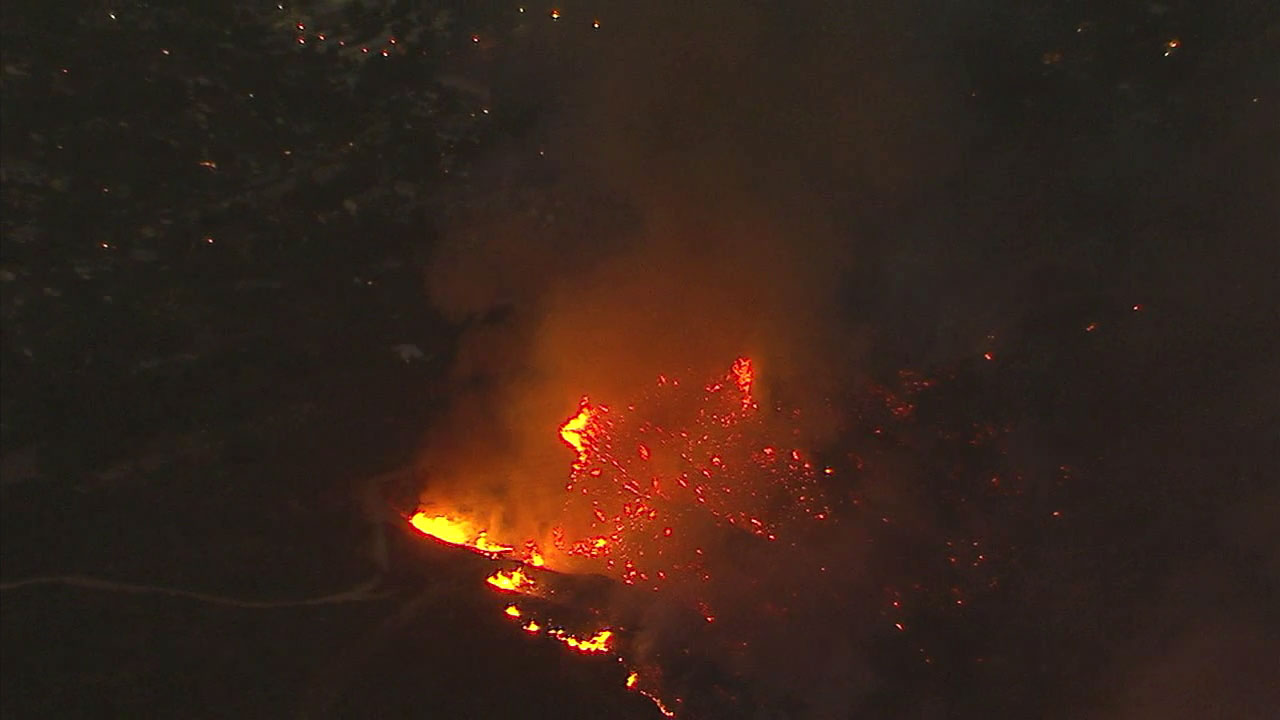 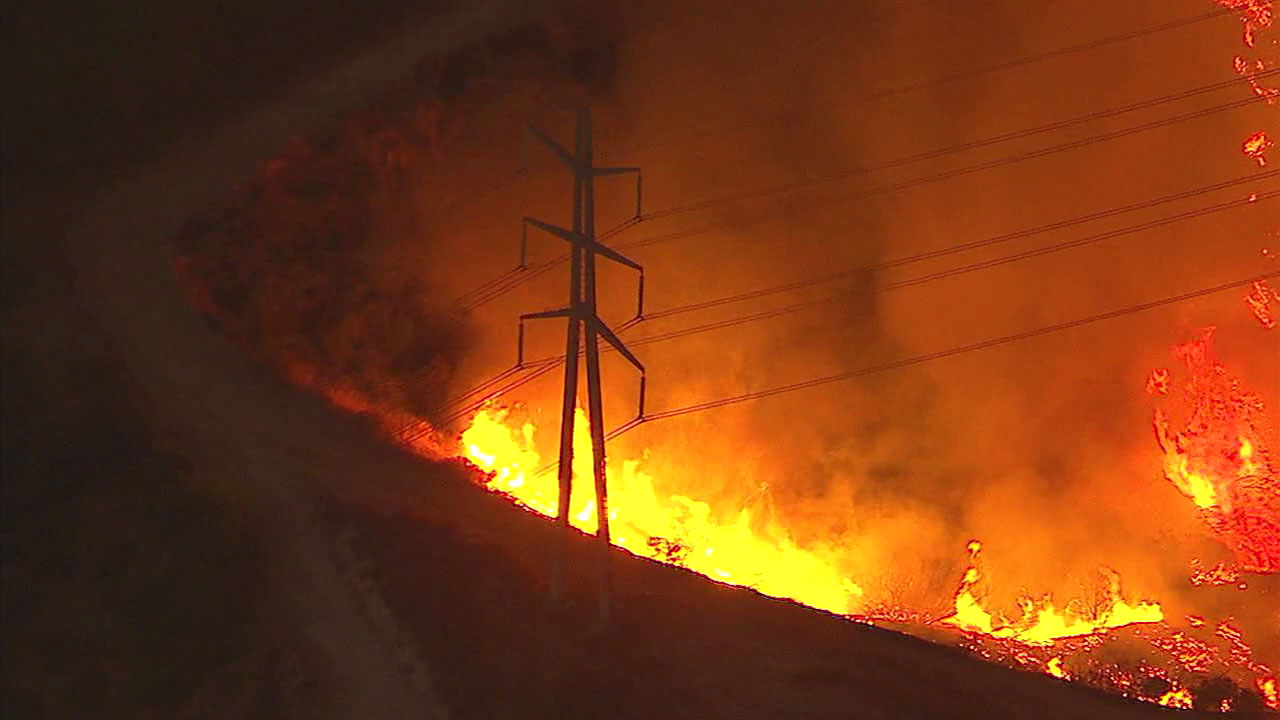 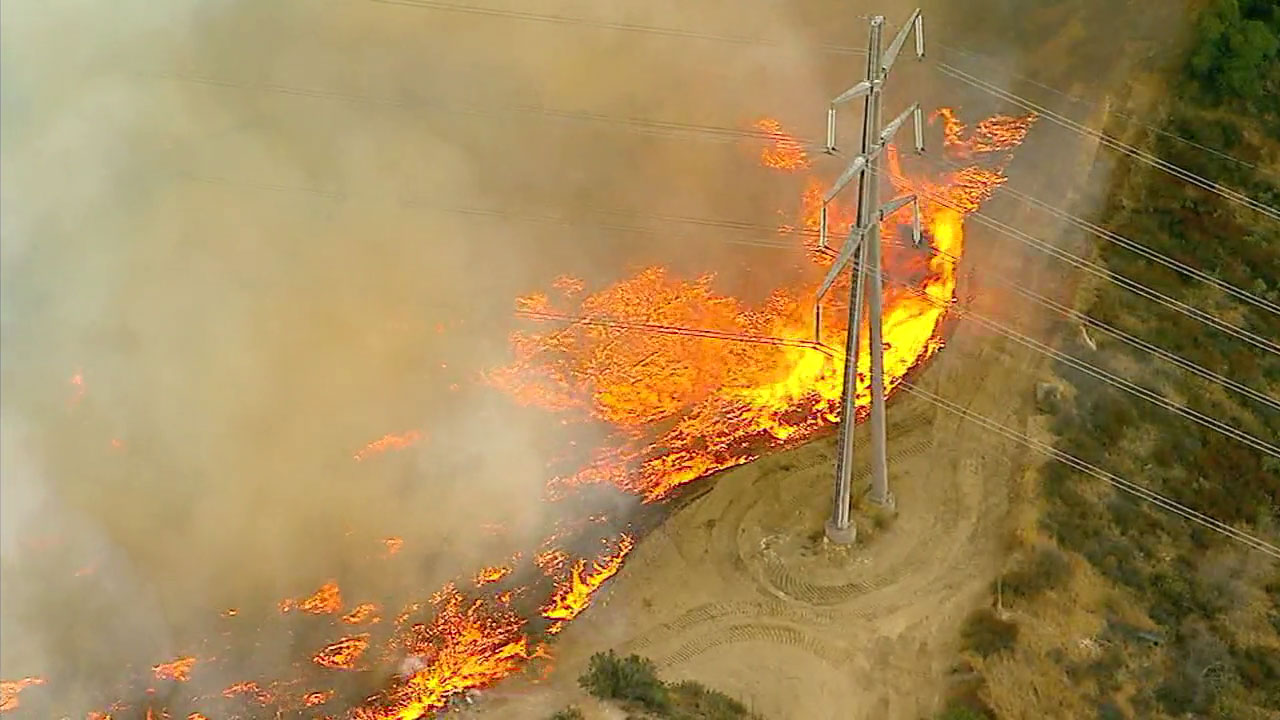 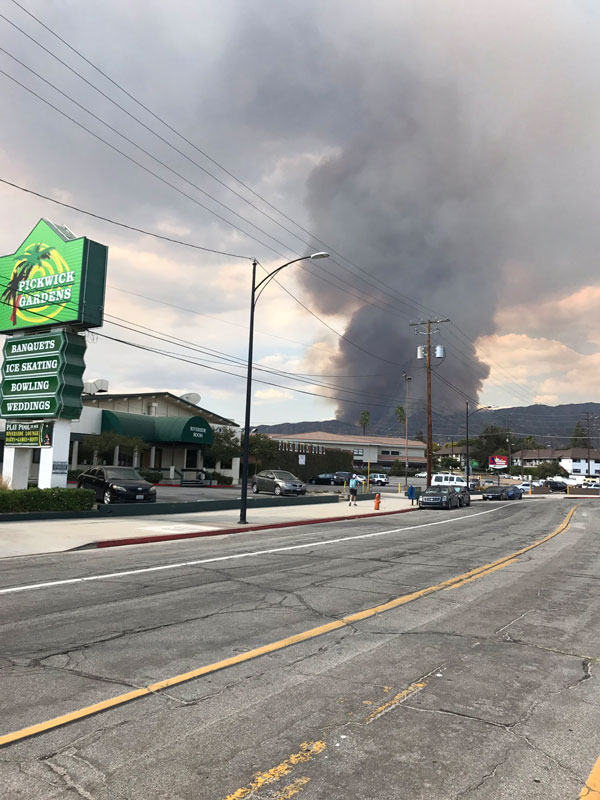 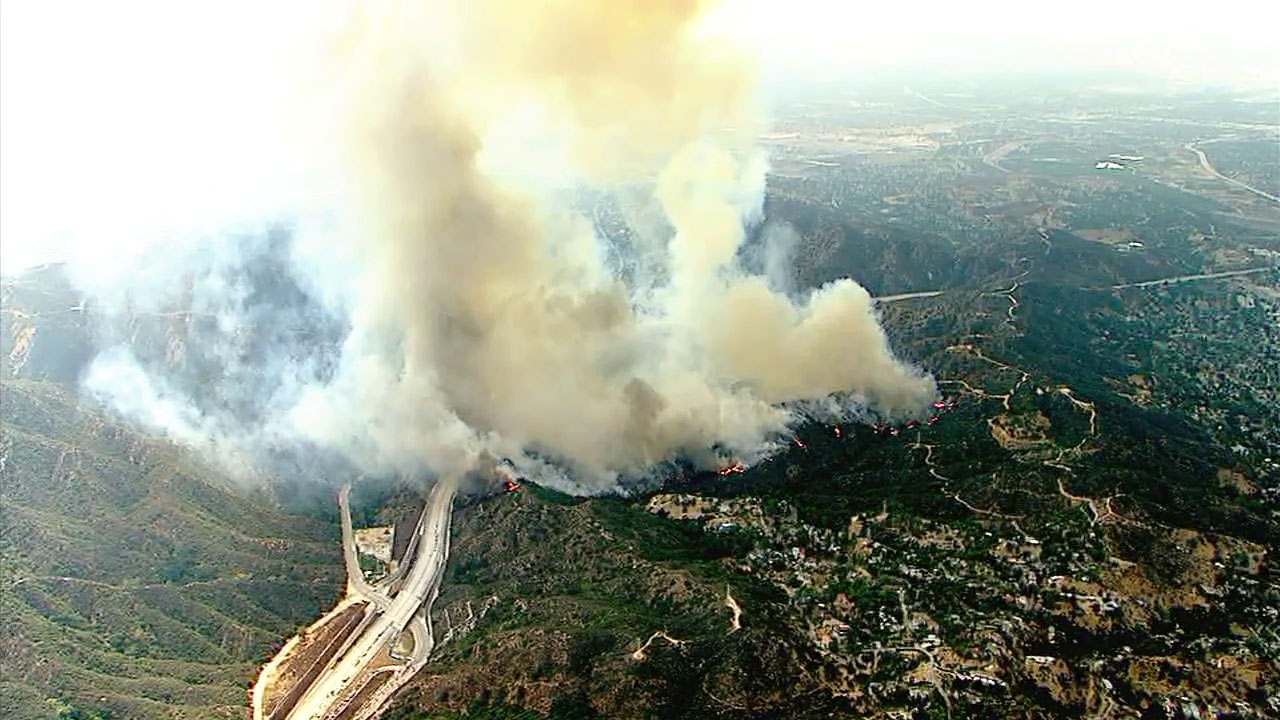 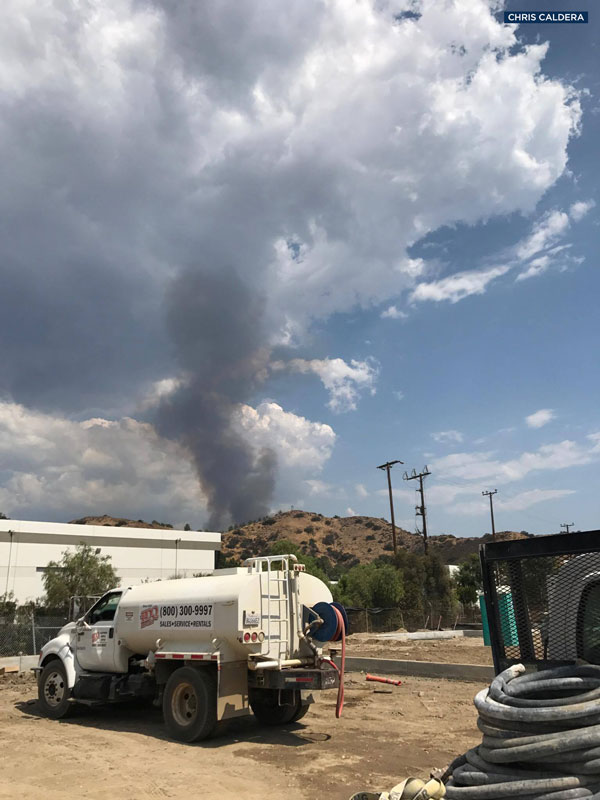 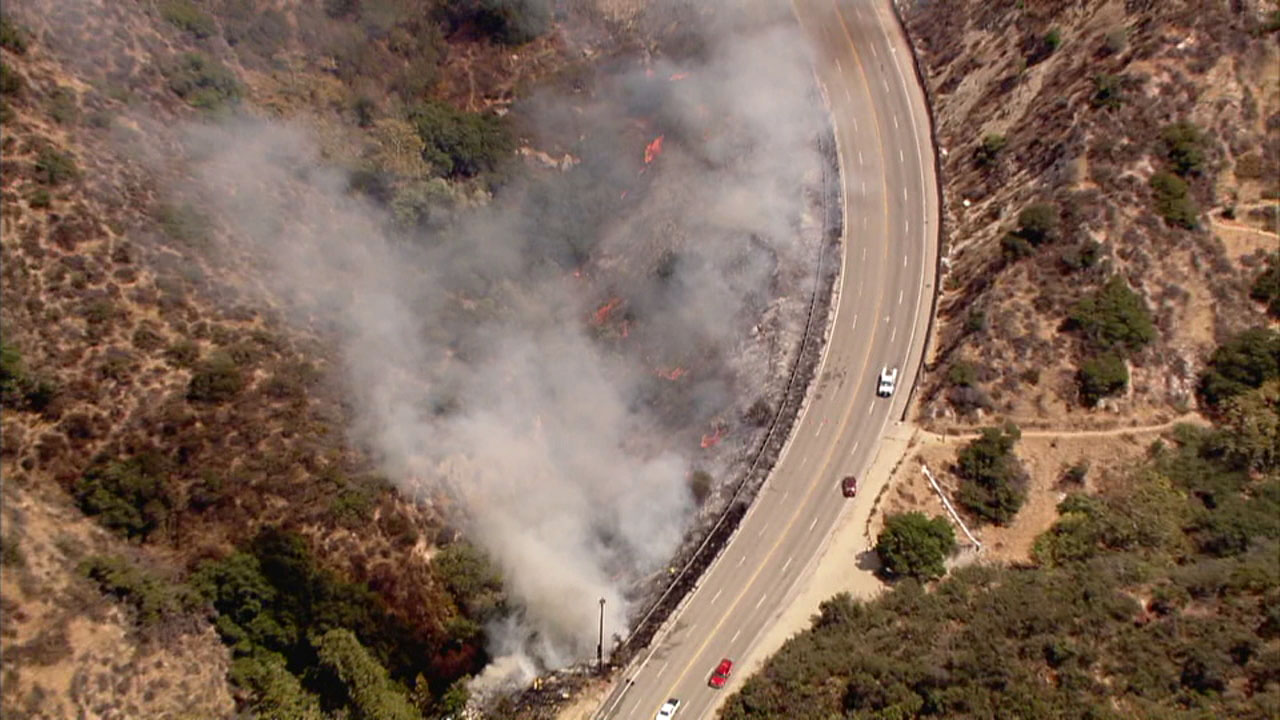 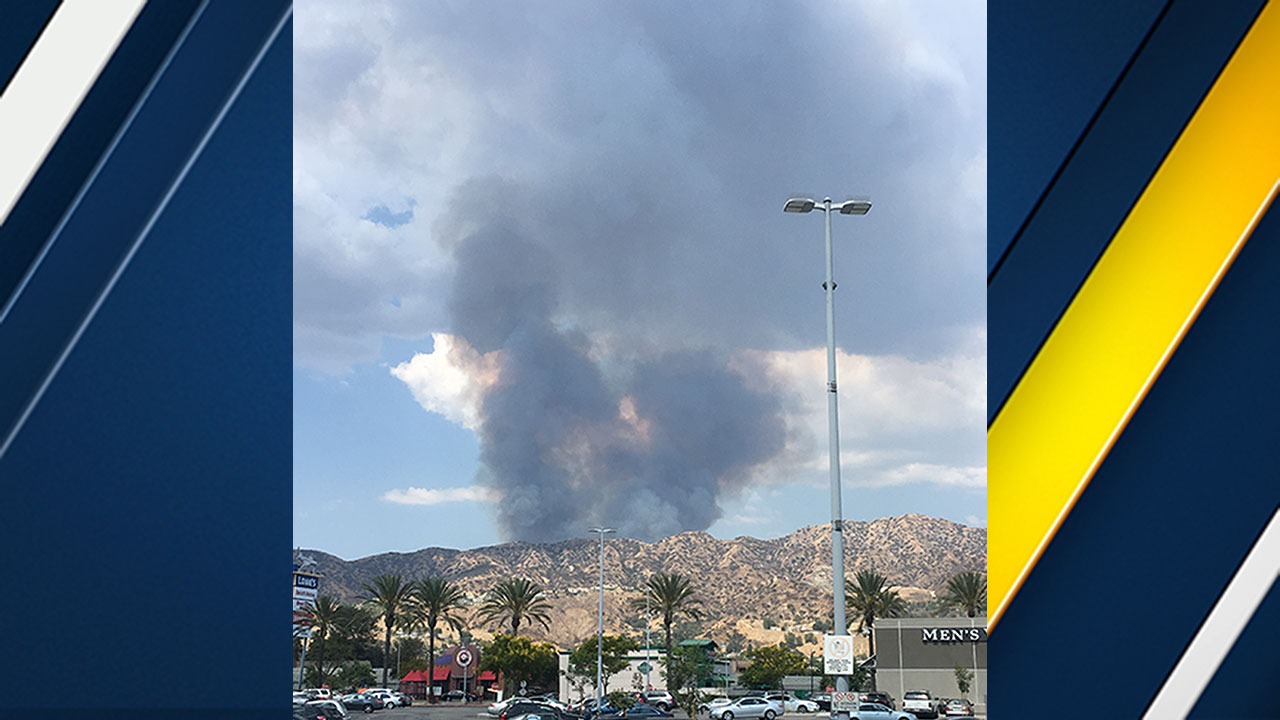 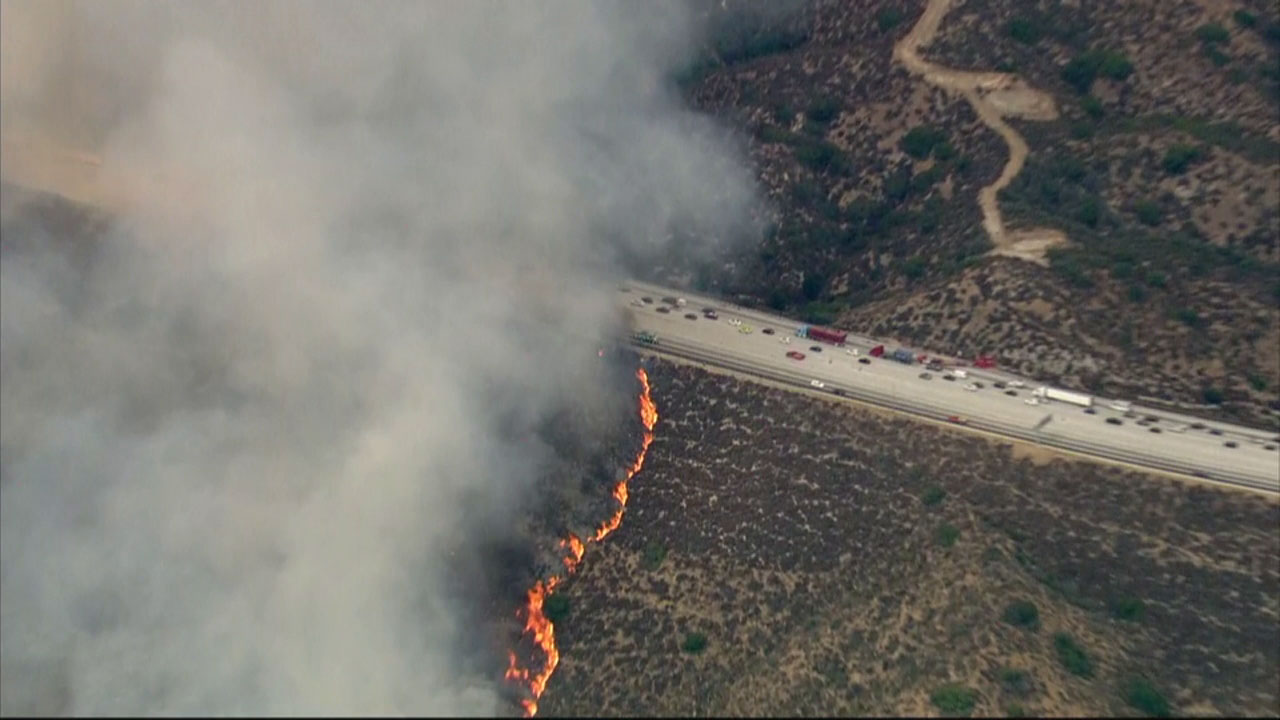 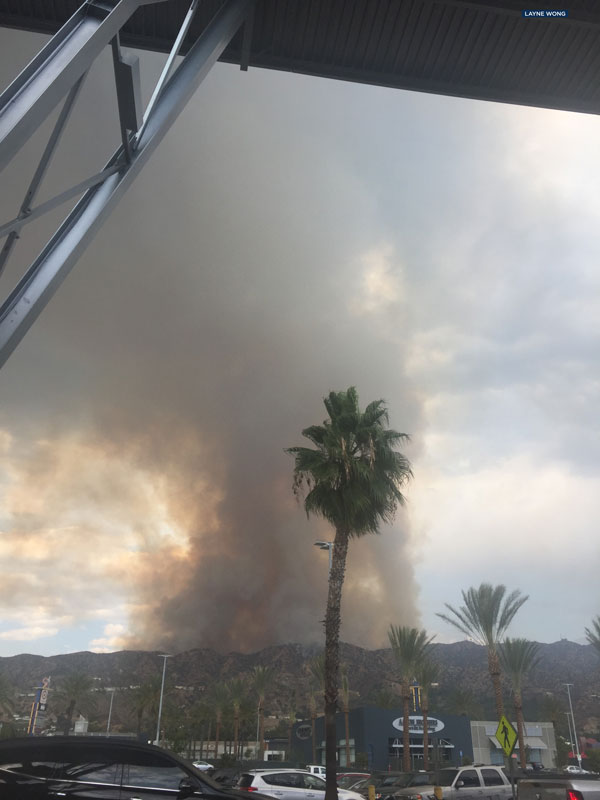 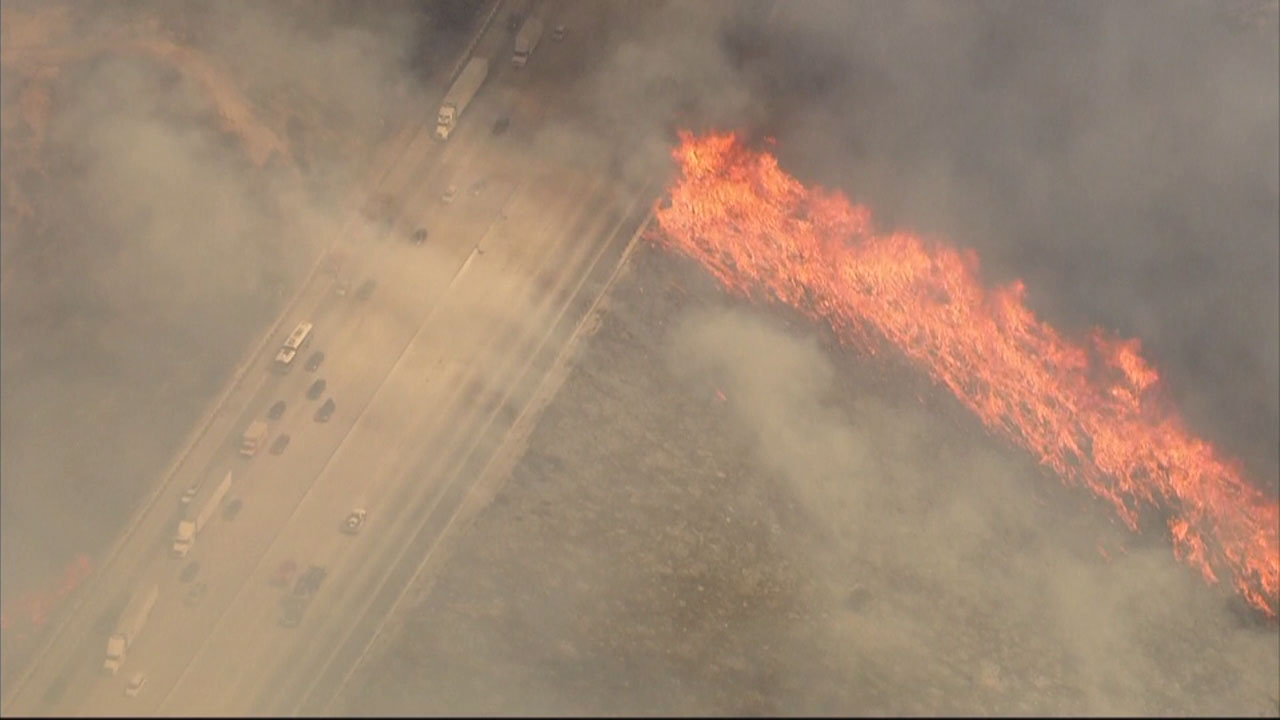 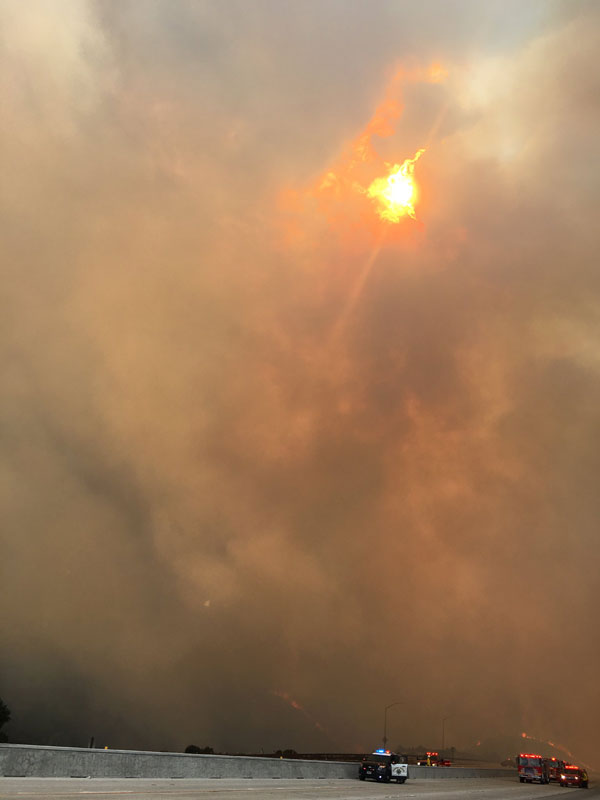 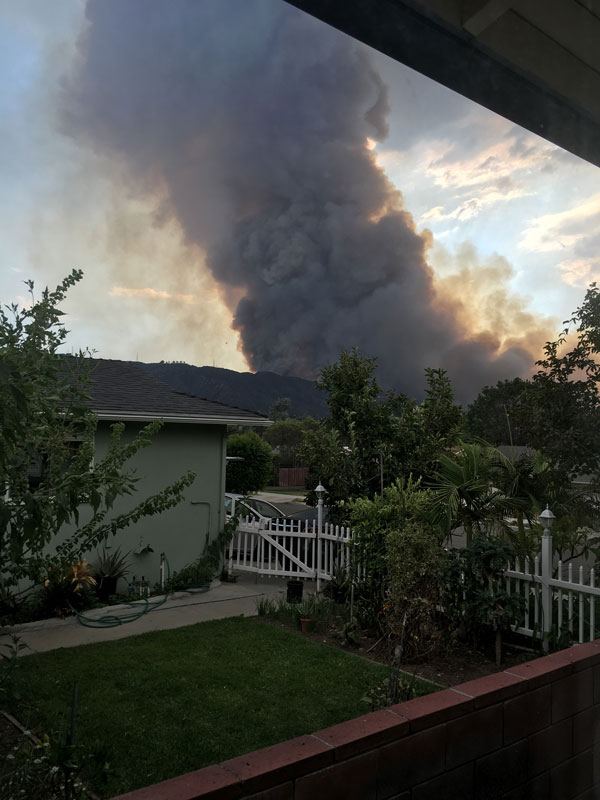 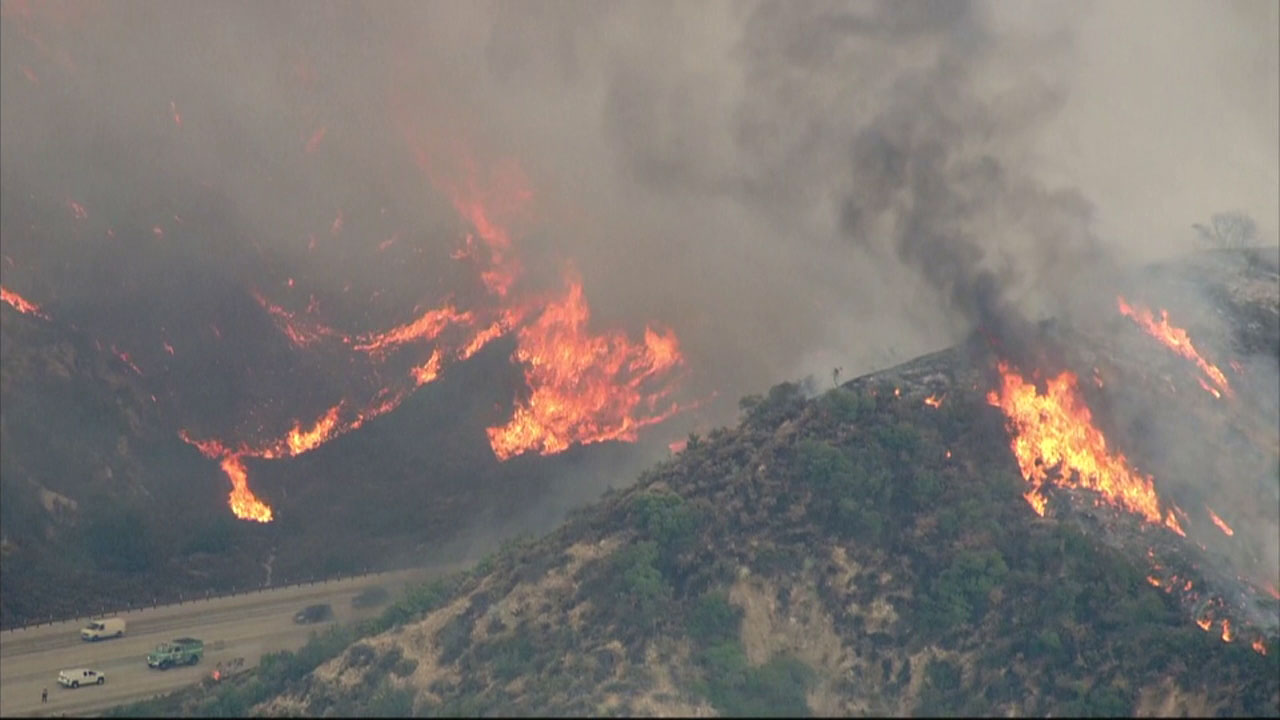 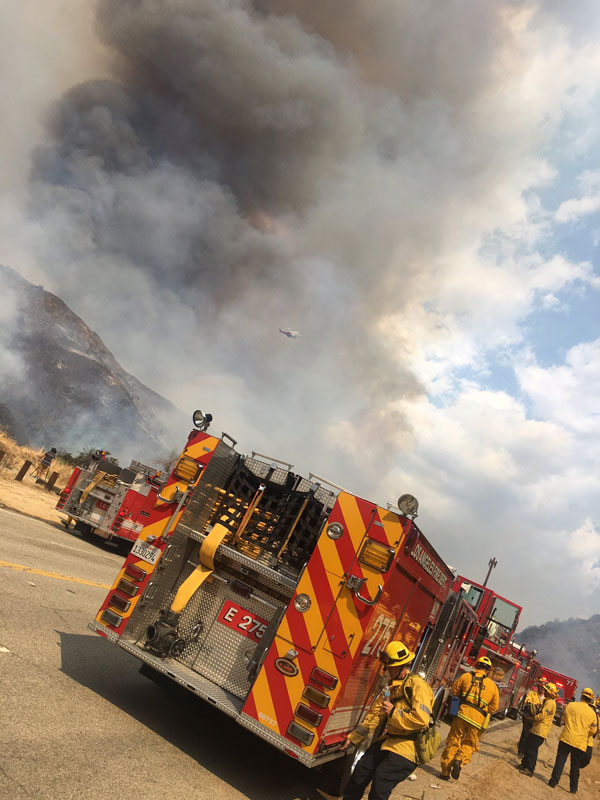 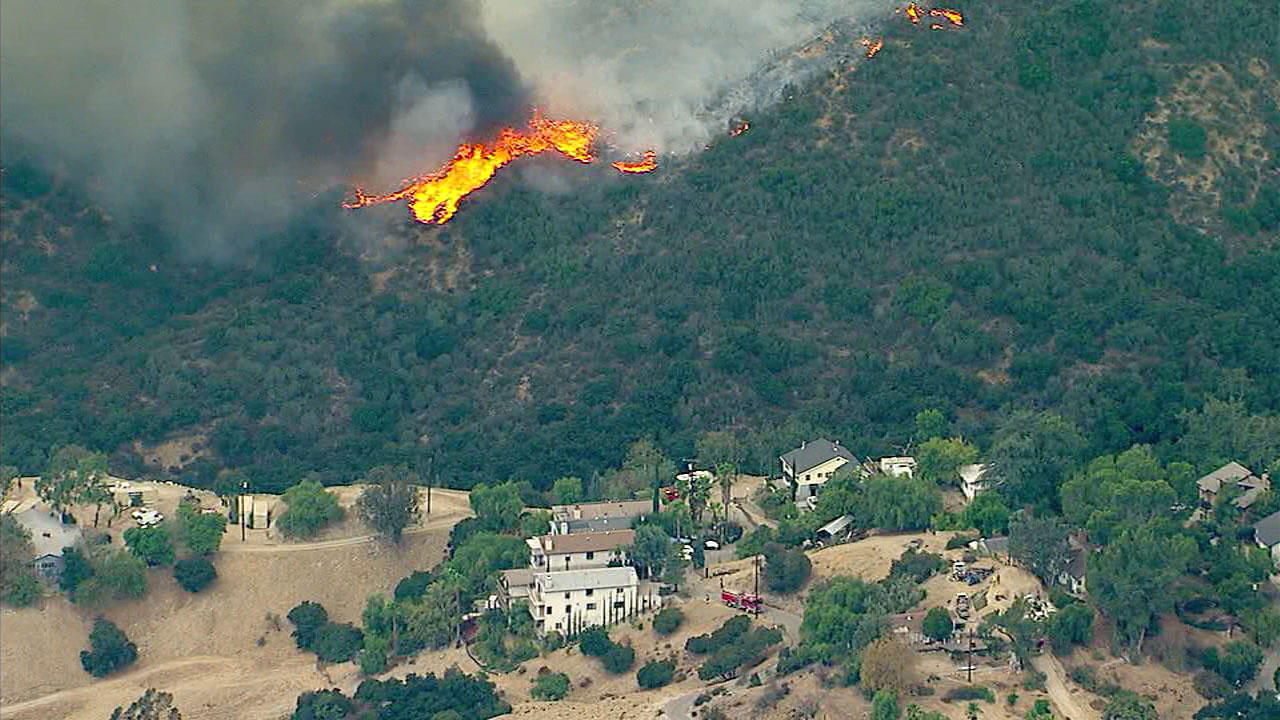 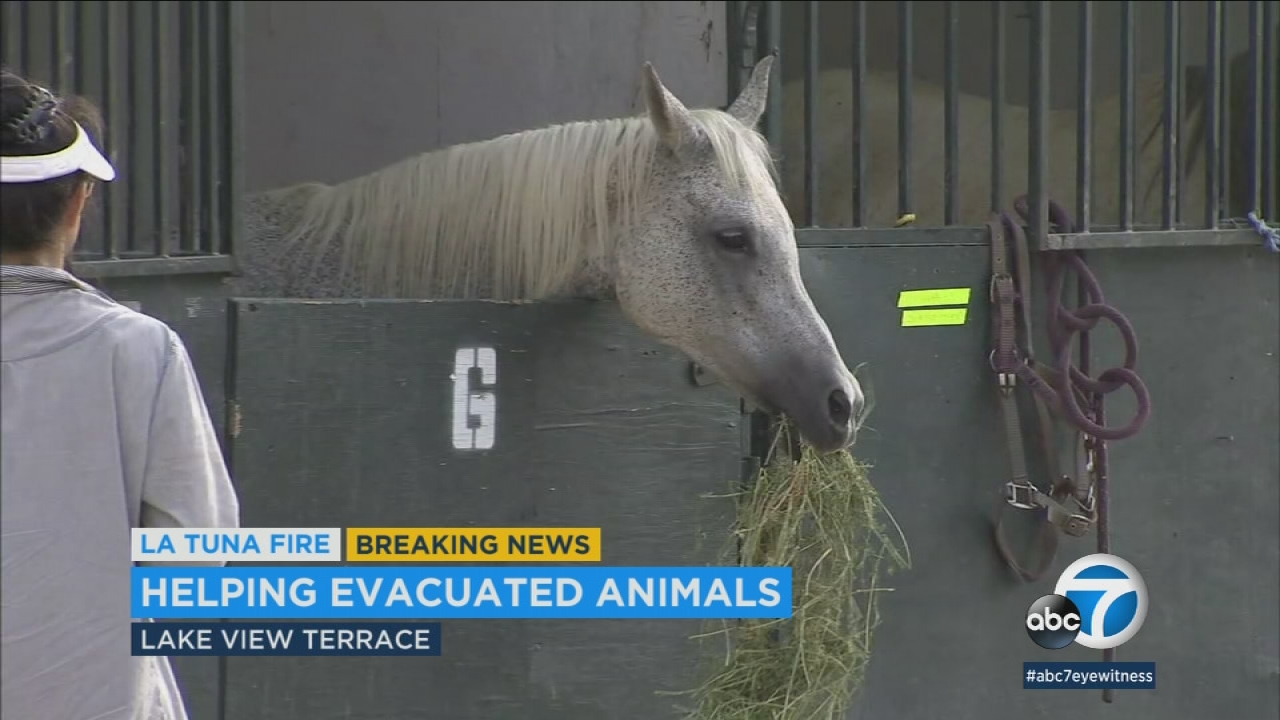 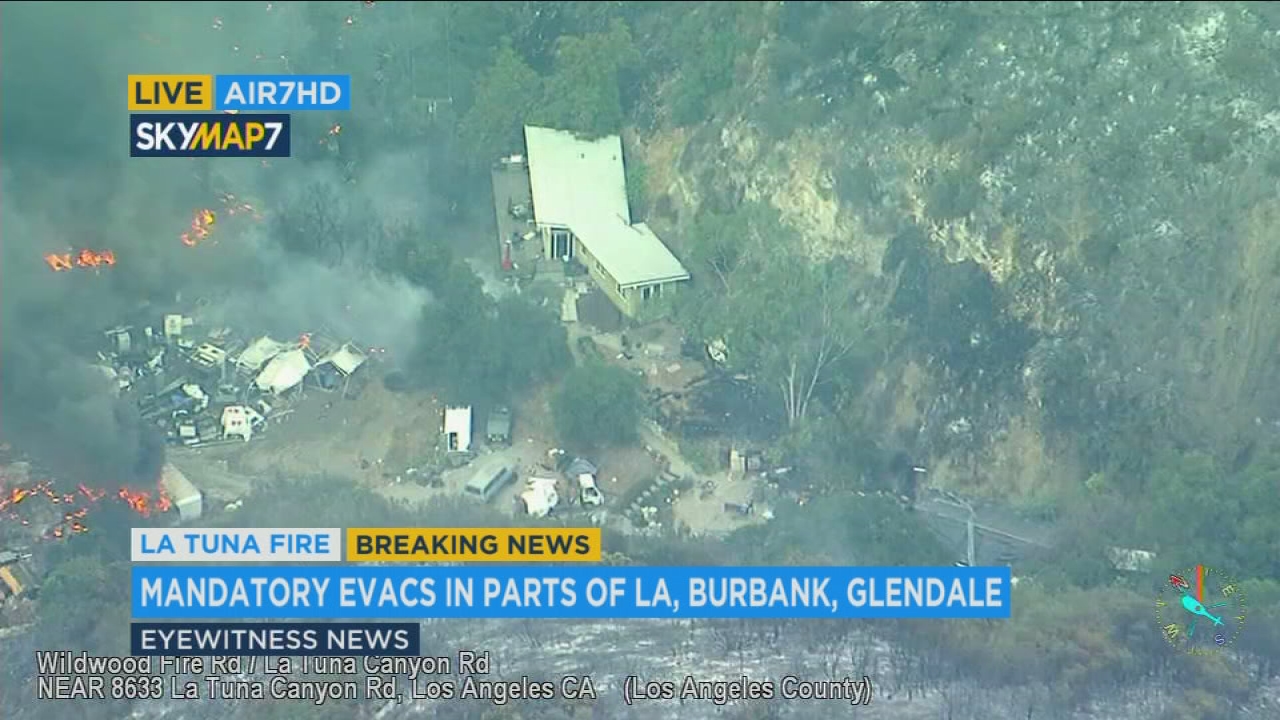 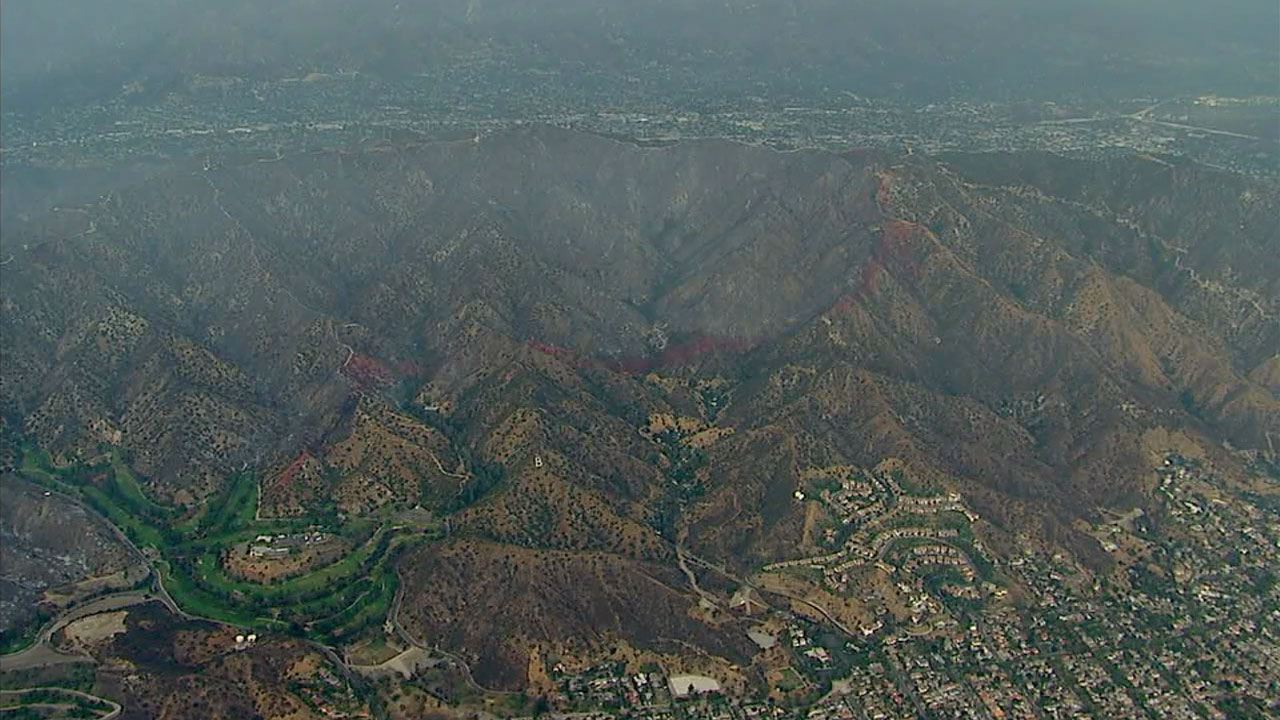 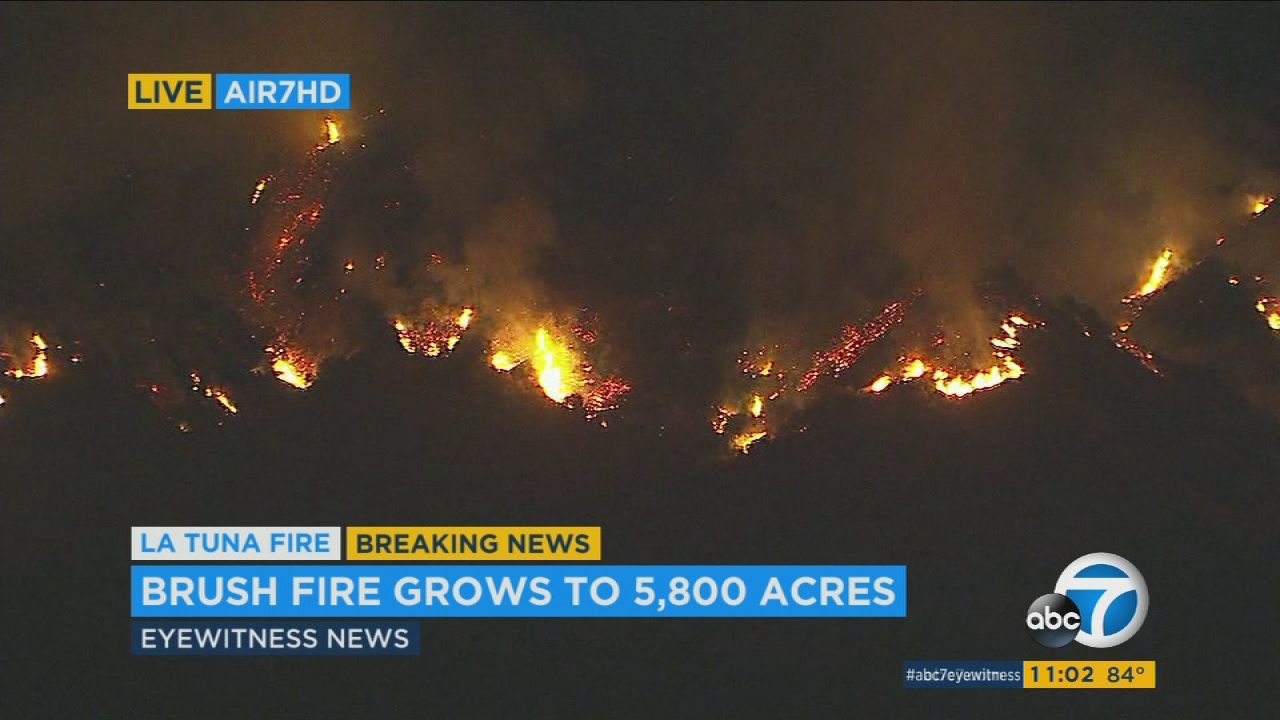