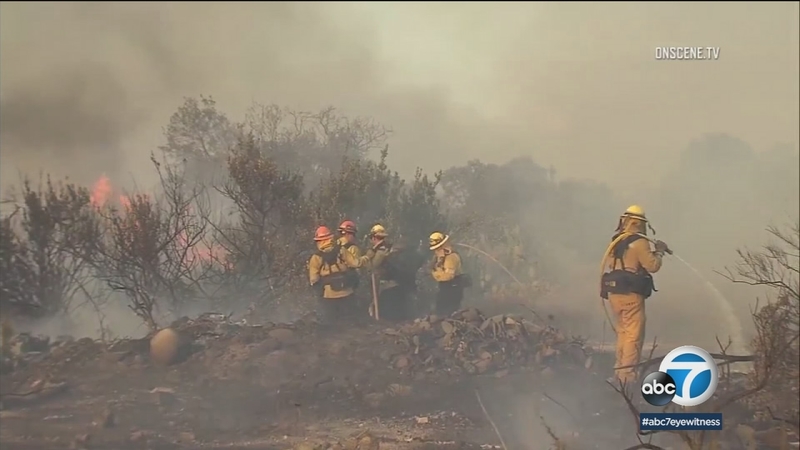 The fire was 50 percent contained as of 8 p.m., according to fire officials, who said structures were no longer threatened and no evacuations were required.

Earlier in the evening, officials said the fire posed a small threat to the city of Duarte and the MTA Gold Line track.

Water-dropping helicopters over a multi-acre brush fire near Santa Fe Dam Recreation Area in Irwindale. Here’s the view from the 210 East @ABC7 pic.twitter.com/tClHQlEe6R

Winds up to 10 mph pushed the fire toward the nearby MillerCoors brewery, where a structure defense was established, officials said.

At least five water-dropping helicopters were assisting firefighters on the ground.

Firefighters were battling a brush fire near the Santa Fe Dam Recreation Area and MillerCoors brewery in Irwindale on Thursday.

There has been one civilian injury reported due to smoke inhalation.

Update: A fire burning in Irwindale is now 30 acres, 50% contained and there was 1 injury to a civilian for smoke inhalation, per @LACOFD.

This photo was taken by @IrwindalePolice during the peak of the fire. pic.twitter.com/j3DCOVu3g9