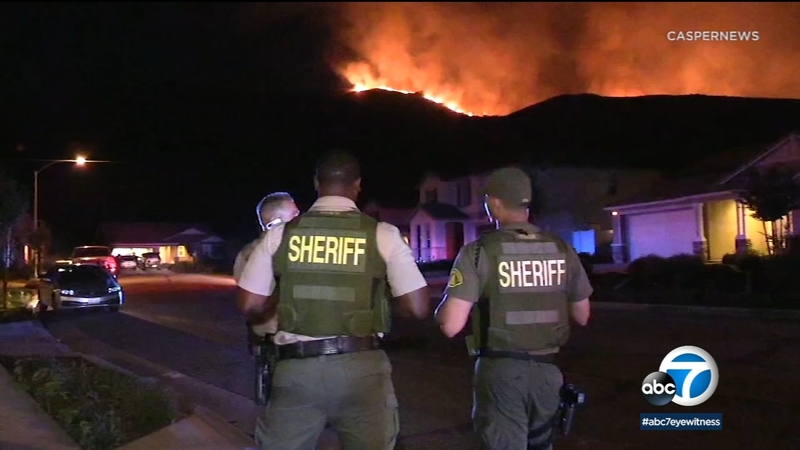 All mandatory evacuation orders were lifted Sunday afternoon, affecting about 200 people who live in the area near the 21000 block of Horseshoe Trail, according to Cal Fire.

The fast-moving Horseshoe Fire erupted shortly before 6 p.m. Saturday near the 21000 block of Stagecoach Trail, prompting the evacuation of about 60 homes.

"You hear about other fires everywhere else," said Michael Johnson, who evacuated his home. "I never thought it would happen so close to my home."

All mandatory evacuations have been lifted for the #HorseshoeFire. Please follow these tips to stay safe when returning home after a wildfire. pic.twitter.com/SGCXINe11j

No injuries or structural damage have been reported.

The acreage update represented a near doubling of the size of the fire, which had been reported as 250 acres on Sunday morning. Strong winds and dry ground helped spread the flames.

About 235 firefighters were assigned to the burn area, supported by two air tankers, a helicopter and three water tenders, the Riverside County Fire Department said.