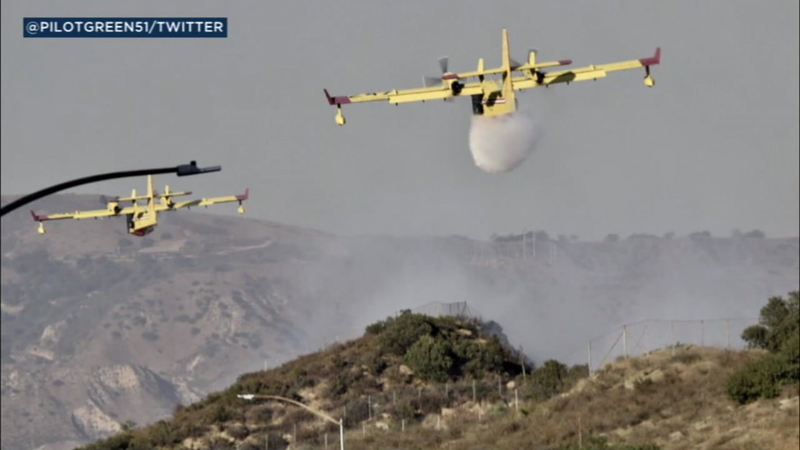 CHATSWORTH, LOS ANGELES (KABC) -- Part of the 118 Freeway was closed for hours on Sunday in the Simi Valley area for a brush fire that burned through the Santa Susana Pass.

Known as the Rocky Fire, the blaze consumed about 10 acres after it was first reported just after 5 p.m. in the area east of Rocky Peak Road between the 118 and Santa Susana Pass Road.

By 6:15 p.m., firefighters reported stopping the forward progress of the blaze.

Fire officials believe it was started by a vehicle that went off the side of the road, toppling electric wires and igniting brush. The driver was brought to a hospital with what was described as severe burn injuries.

The CHP shut down the eastbound freeway at Kuehner Drive in Simi Valley. The westbound side was also shut down for a shorter period of time. The freeway was fully reopened by shortly after 9 p.m.

Power lines were also down on Santa Susana Pass Road.

No evacuations or damage to structures were reported.