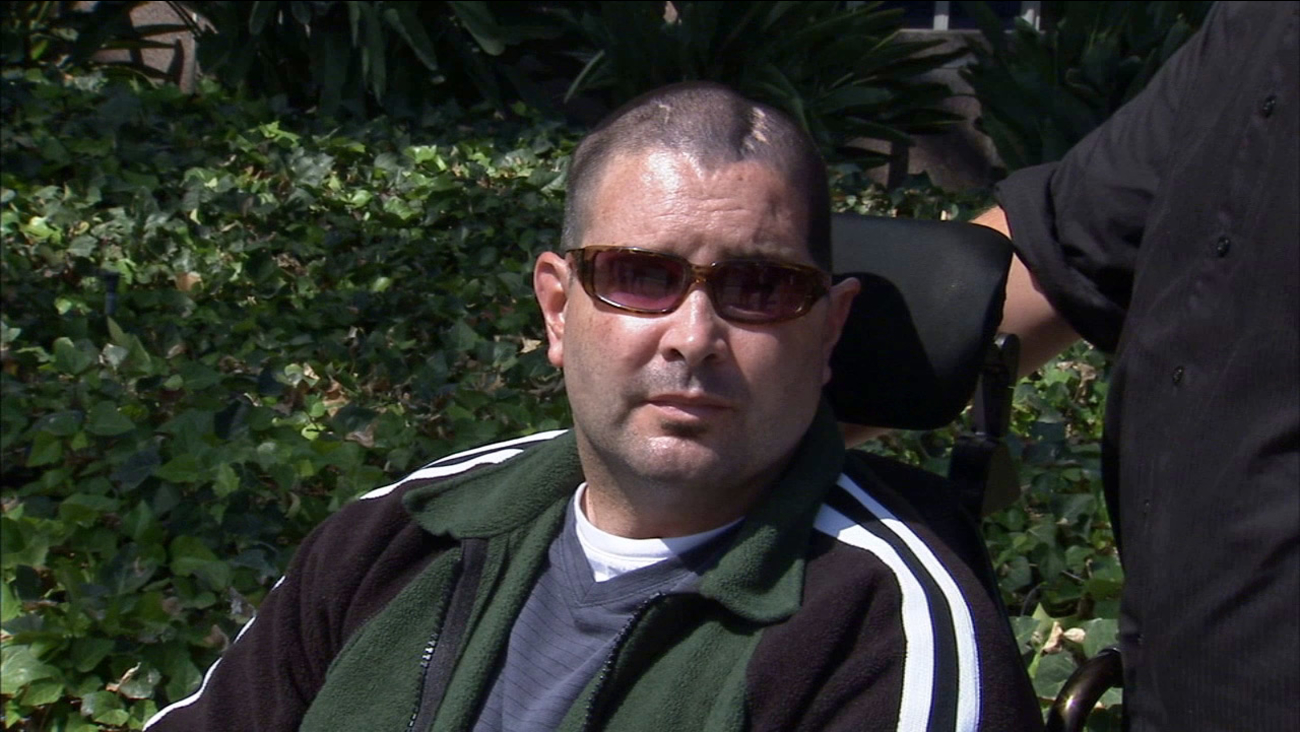 Bryan Stow is seen outside a Los Angeles courthouse on Wednesday, June 25, 2014.

LOS ANGELES (KABC) -- Was the Bryan Stow verdict fair? Some say the beating victim should have been given more money, while one dissenting juror claims the Los Angeles Dodgers should not have been held responsible at all.

The San Francisco Giants fan was awarded nearly $18 million for the beating he suffered in the Dodgers Stadium parking lot. The jury deciding the Dodgers are responsible for nearly $14 million of the total.

Security guard Jerome Heavens volunteered to testify for Stow. He says he felt the "jury overlooked some crucial evidence."

The Dodger security staff was overwhelmed the night Bryan Stow was attacked, according to Heavens.

He testified in the negligence trial and says the jury should have gone further and held former Dodgers owner Frank McCourt liable, too.

"I felt he was responsible because whenever the body is sick, it is because the head is sick, you know, the body follows the head," Heavens said.

Jurors cleared McCourt. On Thursday, Eyewitness News spoke exclusively to one juror who says the Dodgers should have been cleared.

The dissenting juror, who wishes to remain anonymous, says the Dodgers exercised reasonable care, had a plan for LAPD to patrol parking lots where the attack happened and says "it was an unchallenged fact that the Dodgers had increased their security budget every year."

The juror says the panel was more united over damages to pay for Stow's wage losses, pain, suffering and medical expenses. The Dodgers were ordered to pay Stow $13.9 million. That is one-fourth of what Stow's attorneys argued for.

How much will Stow actually get?

"It is going to be rather slim," legal analyst Barry Edwards says, especially after subtracting the cost of the trial and attorney fees.

"There is approximately going to be between $7.5 and $8 million that will be left for Bryan Stow," Edwards said.

Over half that amount is owed to Stow's doctors for past treatment, That means there will be little left over to care for the 45-year-old for the rest of his life.