'Go back to their country:' Cashier no longer works at gas station in Illinois after questioning customers' citizenship

Protesters were held outside of a gas station Wednesday in the western suburbs after video of an employee questioning Hispanic customers' citizenship status went viral.

NAPERVILLE, Ill. -- A cashier no longer works at a gas station in Naperville, Illinois, after a video showed him questioning Hispanic customers' citizenship.

The video went viral and drew protests to Bucky's Convenience Store. After a bike ride Tuesday, the Fernanda sisters, who are visiting from Mexico, and other relatives stopped at the gas station.

One of their cousins from Naperville, Indira Buitron, 15, went inside to buy a bag of chips. Indira said the male clerk looked at her family waiting outside and asked her if her Mexican cousins were legal.

"I was really confused on why he wanted to know if they are illegal or not, so when I got out of the gas station I told my mom," Indira said.

Another Naperville cousin, Carolina Buitron, then went inside to confront the clerk.

The confrontation escalated, the clerk told the family they need to go back to their country and made threats about calling ICE.

On Wednesday, Bucky's released a statement saying"The comments of this associate are not reflective of the core values of Bucky's Convenience Stores. We are aware of the situation and are managing this personnel issue."

Thursday morning, Bucky's said that the cashier no longer works for them.

"I was mortified that this employee felt it was OK for him to speak to anyone in that manner," said Liz Albert, a Wheaton resident.

The clerk's comments come on the heels of President's Trump's racist tweets telling some congressional women of color to go back to the countries they come from.

Trump supporter Bob Ahlgren thought the gas station protest was about that incident until he learned what the clerk said to the family.

"I don't disagree with them now that I know what is going on. If that was my place and employee and he disrespected people like that I'd lay him off too," Ahlgren said.

"The Naperville Police Department has reviewed the social media video of an incident that occurred at the Bucky's Gas Station located at 1576 S. Washington St. in Naperville. We will continue to investigate the matter as well as monitor any related activities occurring in Naperville." 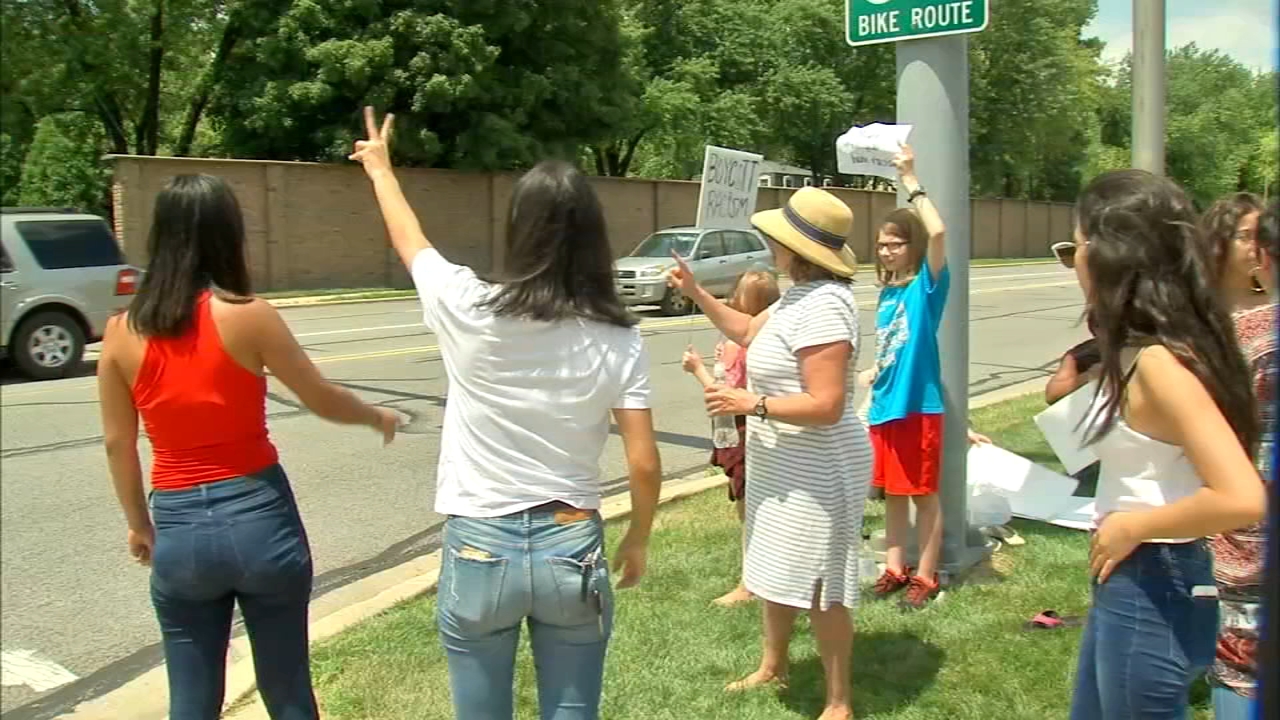