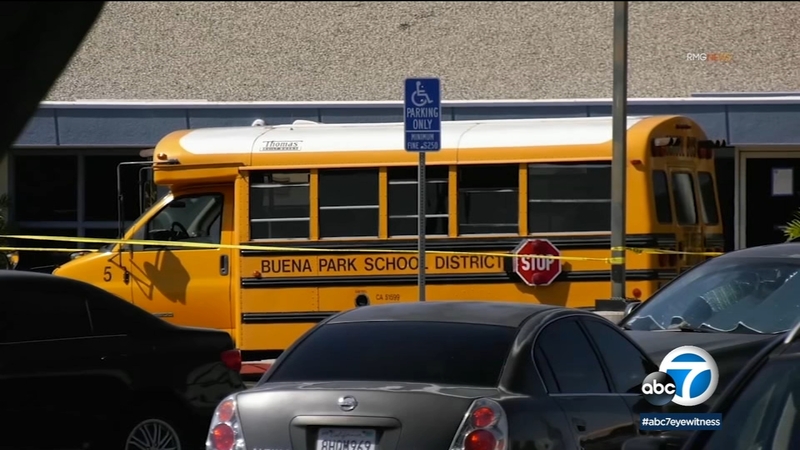 Suspect dead after shooting at school bus in Buena Park

BUENA PARK, Calif. (KABC) -- A man who was killed last week in an officer-involved shooting after firing at a school bus in Buena Park was trying to kill the bus driver, who was his estranged wife, police said Thursday.

The new details provide insight into the violent Sept. 3 incident in the Orange County city.

The man has now been identified as Cedric Baxter, 60, of Compton, a parolee with a lengthy criminal history, according to authorities.

Baxter had an active domestic violence restraining order out against him and as a result of the incident his parole had been revoked although he remained at large.

Around 2 p.m. that day, police say Baxter fired at a school bus but did not hit anybody. Only the driver and one student were on the bus. Police later determined the driver was Baxter's estranged wife.

A Buena Park police officer happened to be in the area and tried to arrest him. He fled, leading police on a chase that ended when Baxter pulled into a school district building parking lot and officers opened fire.

He died at the scene.

"This could've been much worse," Buena Park PD Capt. Frank Nunes said at the time of the incident. "Fortunately our officer was at the right place at the right time and intervened and possibly saved someone's life."