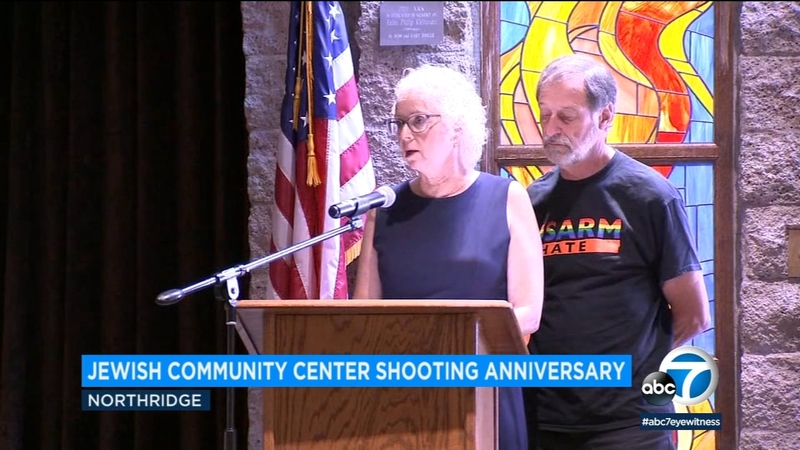 NORTHRIDGE, LOS ANGELES (KABC) -- It has been 20 years since a white supremacist opened fire in the North Valley Jewish Community Center in Granada Hills.

Buford Furrow Jr. was convicted in the Aug. 10, 1999 shooting, which wounded five people, including three children, a teen and an adult employee of the center.

A short time later and just a few miles away in Chatsworth, Furrow shot and killed mail carrier Joseph Ileto. While Ileto was Filipino-American, Furrow said he shot him because he thought he was Latino or Asian.

The community is commemorating the anniversary and still healing.

Victims joined the Anti-Defamation League and law enforcement for a remembrance event at the Temple Ahavat Shalom in Northridge.

Officials got to hear from survivors on the importance of stopping white supremacists.

A survivor of the shooting at the North Valley Jewish Community Center reunited with the people who helped save his life 20 years ago and addressed recent mass shootings.