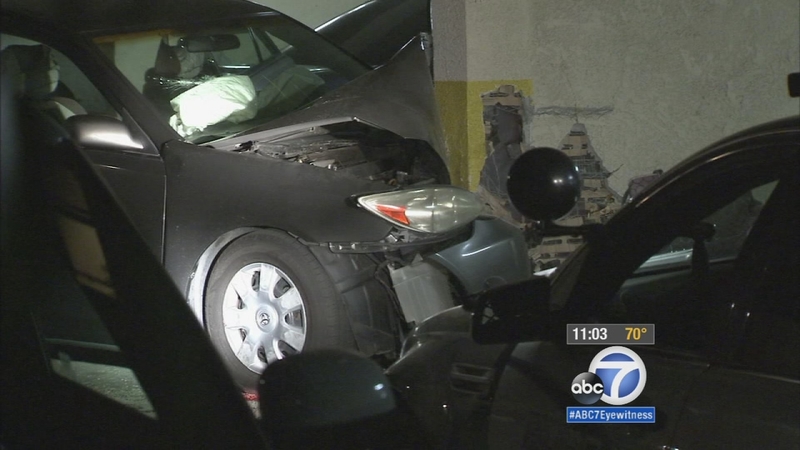 BURBANK, Calif. (KABC) -- Two people died after a car slammed into the carport beneath an apartment building in Burbank Friday night.

The vehicle crashed into the building located at 6th Street and East Santa Anita Avenue at about 7:30 p.m. The car slammed into a wall with so much force that it shook the building.

"Sitting in the apartment upstairs and I was on the floor leaning against the futon, and then the whole apartment shoved forward, it lurched forward, and I thought we were having the big earthquake," resident Aron Shay said.

Neighbors dialed 911 and ran to try and help the four adults inside the car. All four were hospitalized.

"There were two adults in the backseat, and they weren't wearing seatbelts," witness Diana Sandoval said. "The impact of the car was severe, so an older gentleman was in the foot well behind the front passenger."

Burbank police were investigating the cause of the crash.

A wall of the carport was heavily damaged. The apartment manager said the building was retrofitted several years ago and that probably prevented major problems.

The two people who died were passengers in the vehicle. They were only identified as a man and a woman in their 70s.