Woman killed in Burbank hit-and-run by driver who may have fled scene of 5 Freeway crash, police say 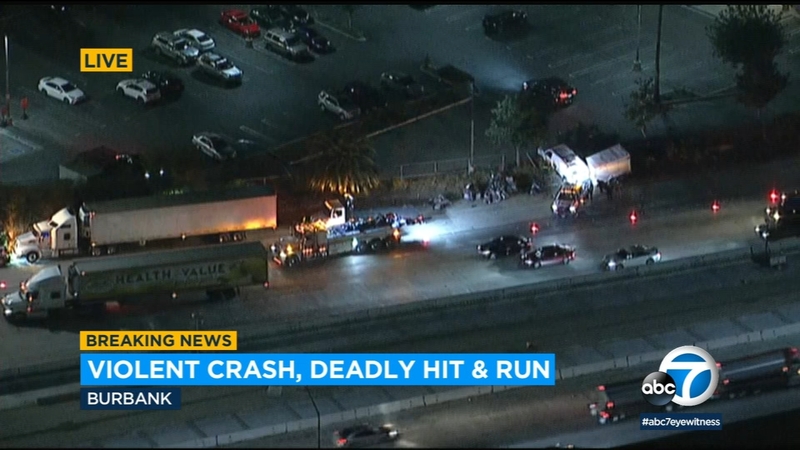 BURBANK, Calif. (KABC) -- Police say a pedestrian was struck and killed in a hit-and-run crash by a driver who may have been fleeing the scene of a major wreck on the 5 Freeway in Burbank Friday night.

Burbank police received a call at 9:30 p.m. of a crash at San Fernando Boulevard and Grinnell Drive, where they found the collision, said Lt. Derek Green of the Burbank Police Department.

The victim, identified as a 23-year-old woman from North Hollywood, was hit while crossing the street in a marked crosswalk on a green light. Police say she was dragged by the suspect vehicle for several blocks and died at the scene.

The car at the center of the investigation was found abandoned in the area.

Jesse Molina, 49, of Granada Hills, was later arrested on murder charges. His bail has ben set at $2 million.

Police are investigating if that same driver is connected to another wreck that happened on the 5 Freeway near Burbank Boulevard just minutes before.

Multiple lanes on the northbound 5 Freeway were shut down after a multi-vehicle crash that involved a semi-trailer truck.

It's unclear if anyone was injured in the collision on the freeway.