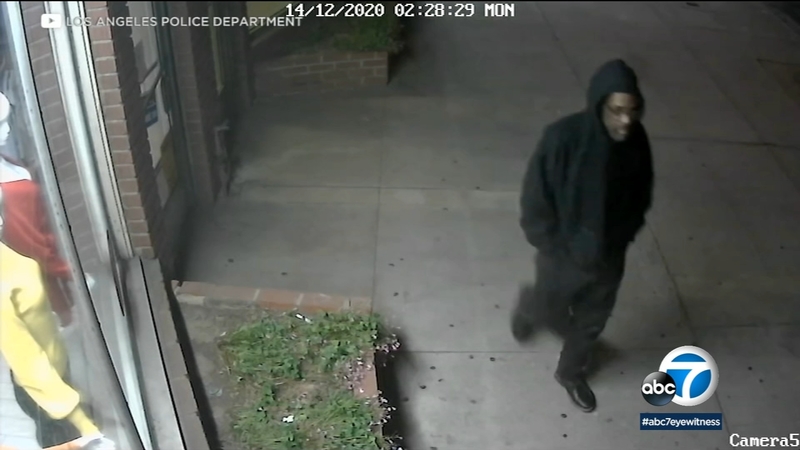 LOS ANGELES (KABC) -- A burglary suspect was arrested after dozens of break-ins in the San Fernando Valley, most of which were captured on surveillance video, authorities said Thursday.

Reuben Newhouse, 62, was arrested on March 1, and he was being held on $505,000 bail, according to the Los Angeles Police Department.

"He would hit us here (in North Hollywood) for about four or five of them, go away, go to the Valley, maybe Devonshire area, Foothill and other divisions or Burbank, actually," LAPD Lt. Robert Toledo said at a news conference.

The suspect was recorded on surveillance video while committing several of the crimes, authorities said. Those videos helped detectives track down and arrest Newhouse.

Police say the suspects followed him into an alley, pointed a gun at him and demanded his watch.

Investigators allege Newhouse committed most of his crimes between 2 a.m. and 4 a.m., targeting mom-and-pop businesses during the height of the COVID-19 pandemic.

Detectives say Newhouse's M.O. was to use a hammer or a rock to gain entry to the businesses he targeted, from which he frequently made off with cash registers.

Evidence led detectives to Newhouse's home after a citizen found a cash register dumped on the side of a road, police said.