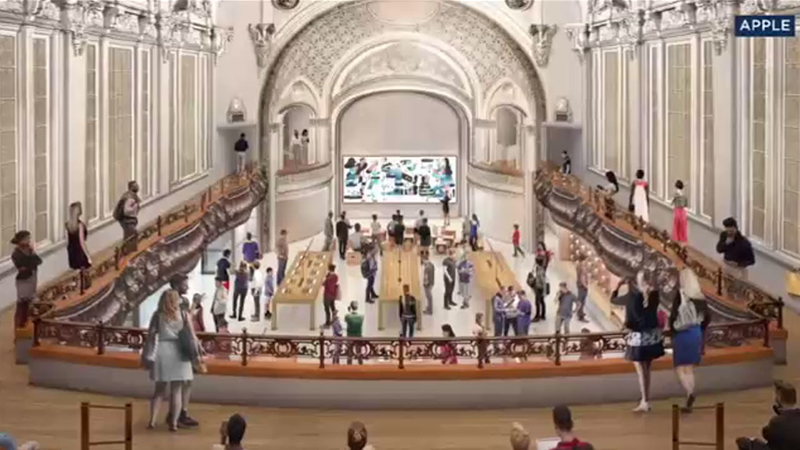 DOWNTOWN LOS ANGELES (KABC) -- Decades of disrepair and neglect at the historic Tower Theatre will soon make way for a glittering marquee. But this time when all the restoration is complete, the name in lights will be tech giant Apple.

"I think it's wonderful for the area to bring in an Apple store. It brings people and legitimacy to the neighborhood," Rubin Schubert said.

He works in downtown L.A. and wants to see more revitalization in the area.

For 10 years, Councilman Jose Huizar has been trying to revitalize all of the 12 historic theaters in downtown through the Bringing Back Broadway initiative.

"Most of these theaters as we see a lot of them really can't come back online as performance centers as they were in the past, but we are repurposing them in ways that fit today's needs," Huizar said.

Much like the Rialto, which now houses an Urban Outfitters, the Tower Theatre will be a mix of history and retail.

Built in the late 1920s, the Tower Theatre was the first building in the world to show a feature length talking picture - "The Jazz Singer." Renderings from Apple reveal the new space will offer modern amenities along with a performance space that honors the theatre's past.

"Not only will it restore the theatre, but it sends a strong message that downtown L.A. and the historic portion of downtown L.A. is open for business," Huizar said.