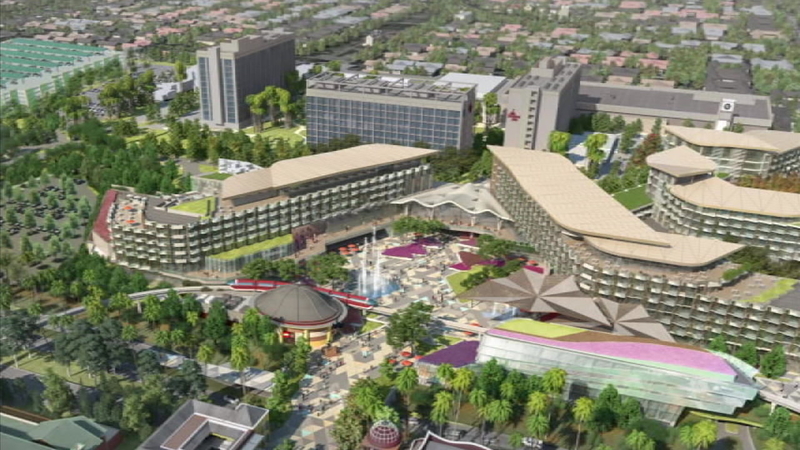 ANAHEIM, Calif. (KABC) -- The Walt Disney Company announced Wednesday it was pulling the plug on plans for a new luxury Disney hotel after it spent months in limbo.

Disneyland Resort officials said they've reviewed the economics of the proposed four-diamond hotel in Downtown Disney and decided to cancel the project.

Disney released a statement on the move, saying: "We've taken the time to review the economics of our proposed Four Diamond hotel for Anaheim and have made the final decision to cancel the project. While this is disappointing for many, the conditions and agreements that stimulated this investment in Anaheim no longer exist and we must therefore adjust our long-term investment strategy."

"I'm not happy with it. I think the community will have some suffering over this," said Anaheim City Councilman Stephen Faessel.

The hotel was supposed to open in 2021 at the west-end of the Downtown Disney district. Under a tax-incentive deal with the city of Anaheim, Disney could keep 70 percent of the occupancy tax that visitors bring in over the first 20 years. But the city said no to the rebate after Disney revised the hotel plans.

The tax deal was criticized by some city leaders and unions representing Disneyland Resort workers who have campaigned for higher wages.

"The taxpayers who voted in these bed taxes should have a say on whether those bed taxes are then given away," said Anaheim Mayor Pro Tem Jose Moreno. "They expected those bed taxes to come fund parks and police and fire, not to be given to the profit margin of corporations."

Several businesses, including the ESPN Zone and the Rainforest Cafe, closed to make room for the hotel. Disneyland officials said they are working on several different options for that area but so far have not provided further detail.