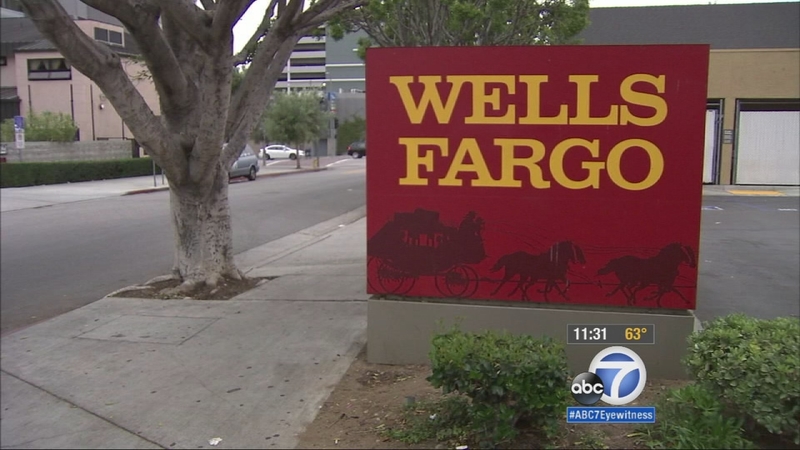 Wells Fargo sued by LA over alleged fraud by employees

LOS ANGELES (KABC) -- Wells Fargo is being sued by the city of Los Angeles for allegedly opening accounts and issuing credit cards without customers' authorization.

City Attorney Mike Feuer says the bank encouraged its employees to engage in "fraudulent conduct" through a culture of high-pressure sales.

"Wells Fargo has known about and encouraged these practices for years. It has done little, if anything, to discourage its employees' behavior and protect its customers," the lawsuit states.

According to the lawsuit, Wells Fargo has its employees send customers unwanted credit and debit cards without an application, which affects their credit scores. The suit alleges that bank employees also opened multiple savings and checking accounts without customers' knowledge, and those customers would begin accruing account fees.

"The result is that Wells Fargo has engineered a virtual fee-generating machine, through which its customers are harmed, its employees take the blame, and Wells Fargo reaps the profits," the lawsuit continues.

Feuer says these alleged practices still continue to this day.

Local small business owner Frank Ahn says he's been battling Wells Fargo for years. At one point, he had more than 10 accounts. Ahn said his troubles continued until he received some help from a consumer help website.

Wells Fargo has issued a statement saying it will vigorously defend itself against the allegations.

"Wells Fargo's culture is focused on the best interests of its customers and creating a supportive, caring and ethical environment for our team members. This includes training, audits and processes that work together to support our vision and values and our commitment to customers receiving only the products and services they need and will benefit from," the bank said in a statement.

The company has not denied the actions alleged in the suit. Instead, they blame some rogue employees for hacking into customers' accounts and creating bogus credit cards.

Former Wells Fargo employees tell Eyewitness News that they took part in these practices regularly because they were told to do so by the company, which offered them bonuses for all the extra acoounts they opened.

The lawsuit seeks penalties of up to $2,500 for every violation and restitution for customers who were harmed.