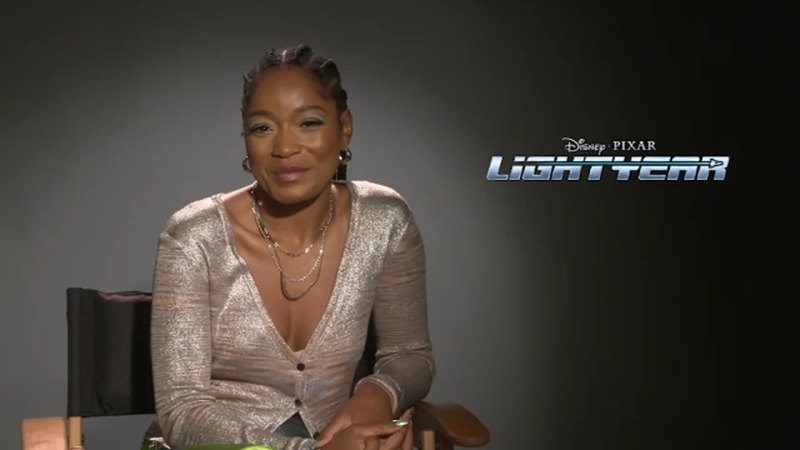 It's the backstory of Space Ranger "Buzz Lightyear," who was made famous in the "Toy Story" movies.

A popular Chicago native is among the new crew who is now headed "to infinity and beyond!"

Meet Izzy Hawthorne. She's a teenager who dreams of becoming a space ranger, following in the footsteps of her grandmother Alisha, who is Buzz Lightyear's best friend.

In the new Disney/Pixar animated film, Izzy is voiced by Chicago's Keke Palmer.

"I could totally. Though no one knows my parents publicly, they are definitely my heroes and inspiration, artistically and in every way. So, like Izzy is with her grandmother Alisha, I very much want to make my parents proud and carry that legacy on," Palmer said when asked if she could relate to her character.

Izzy is joined on the wild space adventure by fellow wanna-bees Darby and Mo, voiced by veteran performers Dale Soules and Taika Waititi.

"I like the fact that she's cantankerous, gruff, but talented, and will interact with you in a dutiful manner if you do so too," said Soules, who voices Darby.

"Mo reminds me of a younger me when I was just figuring things out. There are people I've known throughout my life, you know, the way he speaks, I remember growing up. I would just cobble together these characters based on people I know," said Waititi, who voices "Mo Morrison."

We can't reveal how they actually meet Buzz, but we can tell you playing a space ranger has its privileges.

"Oh my gosh! So cool," Palmer said when asked how it feels to be an action figure. "I should have known that Disney/Pixar would be coming out the back with some crazy merch. But I didn't expect at all to become an action figure! For my little nieces and my little nephews to be able to have that character and know that I've voiced it, it's a special gift!"