Byron Scott former Lakers player, coach and Inglewood native reflects on the impact Kobe Bryant had on Inglewood and beyond.
KABC
By Ashley Mackey 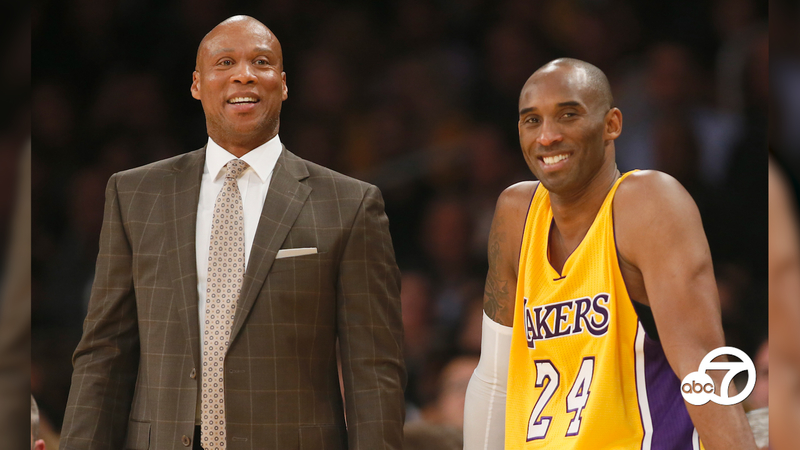 INGLEWOOD, Calif. (KABC) -- People all over the world felt the weight of basketball legend Kobe Bryant's passing. That includes Inglewood, home to the Forum, where Bryant played after being drafted. It's also home to former Lakers star Byron Scott, an alum of Inglewood's Morningside High School. Scott became a coach and mentor to Kobe Bryant.

"I saw a fire in his eye and a passion that I knew," Scott said. "I told people this a long time, I said, 'This kid's going to be special.'"

Scott said he first met Bryant at an NBA seminar where he was one of the mentors for the then incoming rookie Kobe Bryant.

"Our first encounter was kind of weird, because he looked at me as Mr. Scott. And at that time, I was twice his age. I was 36. You know, my playing my last year he was coming in at 18. But from that point on, we had a special bond."

Scott said his favorite memory of Bryant was being able to coach him his last two years of his career in the NBA and watch him score 60 points in his last game.

"That, to me will be something that I'll always remember about KB," Scott said. "He always had a way of doing some unexpected stuff. I'll never forget that."

"He took that to heart every time he stepped on the floor," Scott said. He did not want to let the city of Inglewood, Los Angeles, the Lakers, he didn't want to let anybody down."

Scott said he still is inspired by Bryant's work ethic to this day.

"The one thing that I loved about him, when he changed from number eight number to 24 and, and we talked about why he made the change, he said 'Because there's 24 hours in a day, and that day might be your last and you got to do everything you can to get better,'" Scott said. "And I take that to heart because of what Kobe Bryant taught me and sometimes you can teach an old dog new tricks."