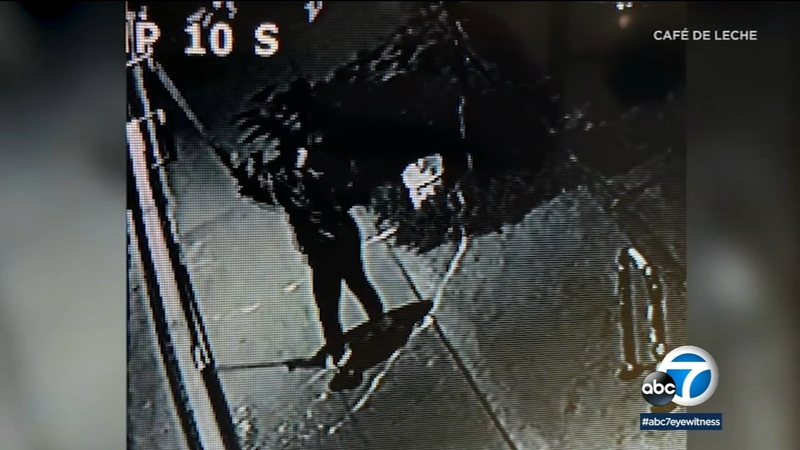 HIGHLAND PARK, LOS ANGELES (KABC) -- Police are searching for the woman who was caught on surveillance video defacing a mural of Martin Luther King Jr. that was recently painted on the side of a cafe in Highland Park.

The mural, originally painted a couple weeks ago amid the Black Lives Matter movement, was destroyed but the heartbroken owner of Cafe De Leche said she was amazed by the response and support from the community.

"I never thought the artists was going to come back and do something else," said Anya Schodorf.

The mural's artist, Tristan Eaton, immediately responded and returned on Monday, within mere hours of the defacing, to paint another mural of another civil rights activist, Malcolm X.

"I'm so proud of him that he's also taking a stand through his art. He is conveying a
message of unity and love," Schodorf said.

"It's really kind of disgusting that people think that they can take other people's art and really turn it into something evil," said Deanna Villarreal.

The cafe owners have give surveillance video to police in the hopes of finding the vandal. If she or someone else comes back, so will the artists, they say.