KABC
By Leticia Juarez
CAJON PASS, Calif. (KABC) -- Firefighter-paramedics attended to at least 17 injured people after a multi-vehicle crash on the foggy southbound 15 Freeway in the Cajon Pass on Wednesday, officials said.

CHP officers stepped in to help two high school students caught up in a major pileup along the Cajon Pass while on their way to graduation.

Cajon(Update): ALS resources have completed re-triage. 2 Immediate, 15 Minors. Numerous drivers and occupants declining treatment. ME302 is Southbound IC. Traffic is backed up to Main St in Hesperia. Extremely low visibility in the area of the incident.

Motorist Darren Corrigan shares this video of the crash in the Cajon Pass moments after it happened. You can still hear the crash happening. pic.twitter.com/MEwffXog36

Crash on I-15 has closed all southbound lanes. Hearing reports of injury. Heavy fog and white out conditions in area. pic.twitter.com/qloekplOW4 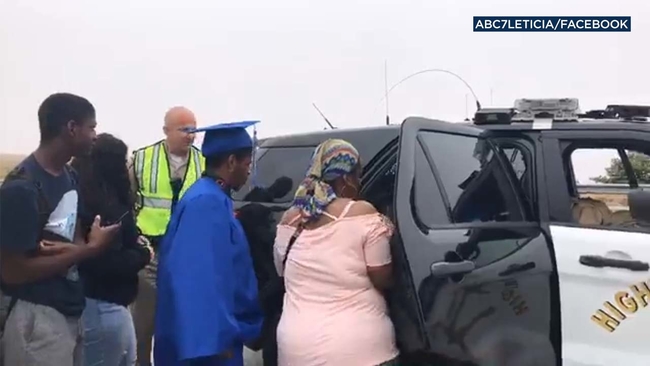