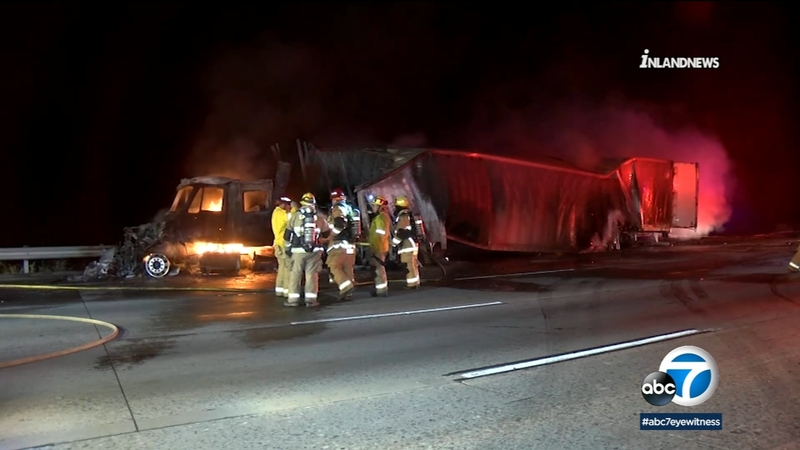 PHELAN, Calif. (KABC) -- A fiery crash caused a hazmat incident on the Cajon Pass, with one of the drivers suspected of being asleep at the wheel.

The cab of a big rig become fully engulfed in flames after the crash around midnight Sunday on the I-15 southbound near Cleghorn Road, according to the California Highway Patrol. The truck was carrying diesel fuel.

The truck driver wasn't hurt, but another person was taken to an area hospital with unknown injuries.

CHP is investigating the cause of the crash and has ruled out DUI for the truck driver.

Authorities believe the driver of the other car may have fallen asleep behind the wheel.

Traffic was backed up for several miles after all lanes were shut down. Two lanes have since reopened, and the freeway was expected to fully reopen around 9 a.m.