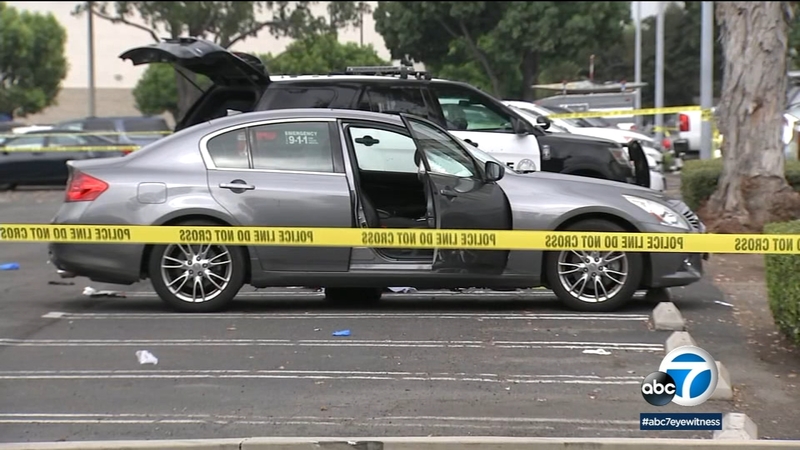 FULLERTON, Calif. (KABC) -- A manhunt was underway for the suspect who fatally stabbed a retired administrator on California State University Fullerton's campus just days before the start of the fall semester Monday morning.

They do not believe it was a random attack.

"Investigators now believe the victim was targeted based on their investigation. They will be working around the clock to identify the suspect involved," Fullerton police wrote on Instagram.

The victim was found with multiple stab wounds in campus parking Lot S, on the corner of College Place and Langsdorf Drive, after somebody who witnessed the incident called 911 around 8:30 a.m.
The suspect, a man in his 20s with black hair, black pants and a black shirt, was last seen heading eastbound on Nutwood Avenue. Authorities were using bloodhounds to try and locate him.

A motive had not been determined, though Fullerton police believe the victim was targeted. The nature of the relationship between the victim and suspect was not clear.

Police said there was no active threat, but the people were being told to avoid the area around parking Lot S.
EMBED More News Videos

A manhunt was underway for the suspect who fatally stabbed a faculty member on California State University Fullerton's campus just days before the start of the fall semester Monday morning.

Filming for an active shooter training had been scheduled near the campus library that day, but the two were not related, according to a tweet from the university.

A statement from the university's president Framroze Virjee said in part:

"As the investigation into Steven's death is ongoing, we are unable to provide information beyond what the Fullerton Police share publicly. What I can do, however, is join all of you in adding to the tremendous outreach of love and support that has already embraced our Titan Family during this tragic and difficult time."