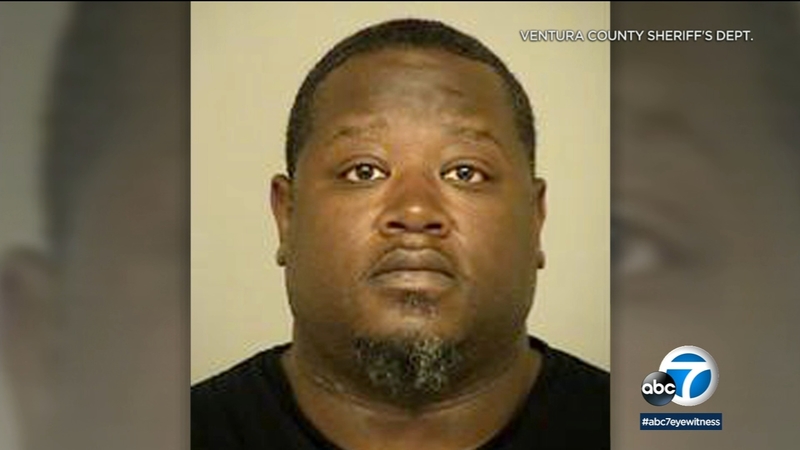 CAMARILLO, Calif. (KABC) -- A Calabasas man has been arrested for allegedly sexually abusing his two stepdaughters over a 13-year period, authorities said.

Micah Smith, 41, was taken into custody in Camarillo on Sunday. He is being held on more than $3 million.

On Feb. 15, the Los Angeles County Sheriff's Department was investigating a suspected child abuse report and spoke with a woman who told investigators that she was molested by her stepfather from the age of 9 to approximately 18.

On Feb. 19, the Thousand Oaks Police Department's sexual assault unit received the report and launched an investigation. During this probe, investigators said they discovered that the woman's sister was also a victim and had reported similar crimes back in 2014, but she later told detectives that she did not want to pursue an investigation.

During the investigation, authorities conducted interviews in Lancaster as well as the state of Oklahoma. The investigation revealed that Smith had allegedly physically and sexually abused his two stepdaughters over a 13-year period, officials said.

Thousand Oaks police concluded its investigation on Sunday, and Smith was arrested in Camarillo without incident. He was arrested on eight counts of forcible lewd acts upon a child, authorities said.

Smith was booked into the Ventura County Pre-Trial Detention Facility, and his bail was set at $3.6 million. He was set to appear in court on Tuesday.
Report a correction or typo
Related topics:
calabasascamarillolancasterventura countylos angeles countyarrestmolestationsex abusesex crimes
Copyright © 2021 KABC-TV. All Rights Reserved.
More Videos
From CNN Newsource affiliates
TOP STORIES